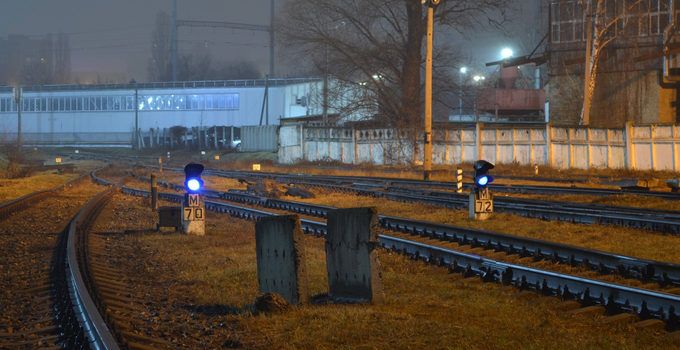 The role of logistics in Russia's setback in Ukraine

Inadequate preparation, poor logistics and unrealistic planning are some of the reasons for the failure of Russia's rapid invasion of Ukraine. These are findings in a new study that analyses the events of the first months of the Ukrainian war from a logistical perspective.

In a recent article published in the Scandinavian Journal of Military Studies, researchers at the Swedish Defence University looked at what really happened during the initial months of the war in Ukraine.

"In the media, we hear that Russia's failures are due to logistical problems, but we have lacked an explanation why", says Per Skoglund, Head of Division at the Department of War Studies and Military History at the Swedish Defence University.

In their study, the researchers compiled open information from the media and other sources from March through April, 2022, and linked it to theoretical logistics models to explain the course of events. They analysed the events in the Kiev region that led Russia to decide to withdraw its forces and redeploy eastwards.

"Two circumstances in particular played a major role. The first was the preparation, that was inadequate from a logistical point of view. The second was the failure to seize the Antonov Airfield outside Kiev, which had major consequences for the course of the war", says Per Skoglund.

Russia's equipment was in poor condition already before the Ukraine war. A major exercise - Zapad 2021 - had just taken place along the Ukrainian border with Belarus and the units most likely did not have time to maintain and service their equipment and vehicle fleets post exercise.

"Most likely, they were already experiencing a ‘supply debt’ as a result of the exercise", says Per Skoglund.

Failed attempt to seize the airfield

Moreover, Russia had prepared for a short invasion and their forces were equipped accordingly. Most likely, their plan was to seize the Antonov Airfield outside Kiev to build up a logistics base and fly in supplies until they could use the railway to distribute supplies.

"The large truck convoy that was stalled outside Kiev contained a lot of logistics supplies, and when we put together the pieces of the puzzle, we can see that the airport was intended as a logistics base. When that failed, it rendered the fighting units outside Kiev without supplies."

The units had supplies for about five days, but managed to stay much longer in the region.

"This is probably why there were consequences in the form of looting. The Russian soldiers did not have enough food, water or equipment", says Per Skoglund.

The conclusions are based on assumptions about how Russia normally organizes its logistics, namely largely based on transport via the rail network.

"The Ukrainian side has successfully destroyed many railroad connections, making it difficult for the Russian logistics brigades to support their units."

In Mariupol, for example, the shelling was so extensive that researchers estimate that virtually all ground transport had to be used to carry artillery ammunition.

"There was a shortage of resources, which reduced the intensity of the battle and movement of units, causing delays, and subsequently, this continued to be the pattern for the Russian forces", says Per Skoglund.

When Russia had some success in eastern Ukraine, they were too far from the railway hubs, causing additional logistical problems.

"The Russian logistics is predetermined. They produce resource tables and orders are based on them. There is no flexibility, which is evident when we analyse the events in Ukraine", says Per Skoglund.

The lack of flexibility is connected to the command and control structure of the Russian Armed Forces.

"This became apparent when the truck convoy came to a halt outside Kiev. Not knowing what to do, they asked for direction from the General Staff, who decided that they were to give up and redirect resources. The situation was handled at the highest level which took time."

The hierarchical command system is something that has a greater impact on logistics than the actual combat, says Per Skoglund:

"What we see in Ukraine is an example of the old Soviet model. However, we can assume that Russia will learn from this, and that their logistics will look different in the next war. There are many countries that need to think about how to protect their logistical resources in a war situation."