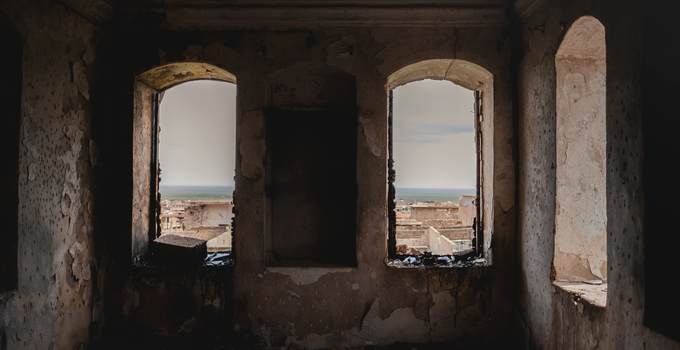 Understanding of urban warfare challenged by the Ukraine war

"The Ukraine war has shown us reasons why wars end up in cities, but the procedure and context do not match how we imagine future urban warfare", she says.

The war in Ukraine has largely been concentrated in cities, but the urban warfare is not at all consistent with the concept of urban warfare that US, UK, and NATO train for.

"There are large discrepancies between what we have seen before and what we are seeing in Ukraine", says Kristin Ljungkvist.

In some respects, the urban warfare we see in Ukraine has more in common with medieval than modern warfare, says Kristin Ljungkvist.

"While Russia pursues a brutal combination of sieges and heavy, indiscriminate shelling of cities, Ukraine has developed an effective urbanised defence, not only by using the urban environment to its advantage but also by using cities as fortresses and bases of operations", she explains.

In the post-war period, the idea was that fighting in cities should be avoided. But after Mogadishu in 1993 and Grozny the following year, Western military strategists have increasingly come to see urban warfare as unavoidable and developed their doctrines accordingly.

"The strategists foresee that future urban wars will be fought in dysfunctional megacities in the Global South where there are widespread, “off the grid” settlements and slum areas, or in cities in developing countries that experience civil war. The strategy is that Western soldiers will be sent to cities far away from the Western world to face rebels or terrorists, as opposed to regularly trained soldiers in conventional wars", says Kristin Ljungkvist.

Instead, the picture we see in the Ukraine war is that war is fought in prosperous, functional cities in Europe, where two conventional armies face each other.

"We see the Russian army going in and ignoring the laws of armed conflict, bombing civilian targets such as homes and landmarks, while the Ukrainians use the urban environment for protection. This is very different from the context that NATO, the US, and the UK envisioned when they developed their manuals and doctrines for urban warfare", she says.

Although the urban warfare in Ukraine does not reflect the context predicted by Western military organisations, the methods of warfare are no surprise. Throughout history, cities have become battlegrounds when a weaker party to the conflict actively chooses to take advantage of the city as a natural stronghold.

"The Ukrainian forces have certainly done so and developed an effective strategy for the defence of their cities. They also encouraged civilians to take up arms and put up resistance, which is problematic in several respects, not least because it turns civilians into potential targets", says Kristin Ljungkvist.

We recognize Russia's model of urban warfare from both Chechnya and Syria.

"Notions of ‘collateral damage’ far from suffice to understand Russia's urban warfare. What we really are talking about is urbicide - the deliberate destruction of cities."

The term refers not only to the impact of war on cities, or to the city as an arena for violence, but also to a particular form of violence in and against cities.

"The Ukrainian urban defence strategy, combined with Russia's disregard for the laws of armed conflict - targeting civilians and deliberate attacks on cities and the urban environment - makes for an exceptionally lethal mix", she says.