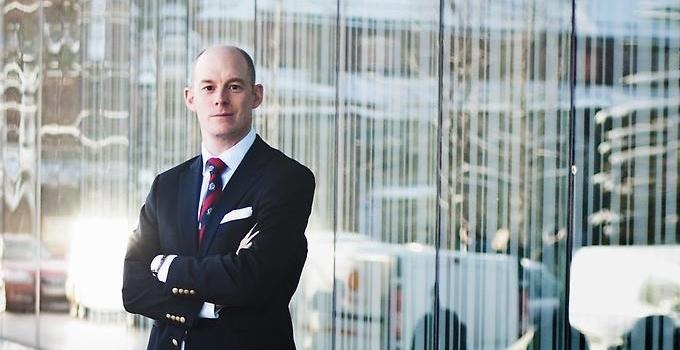 Peter Haldén is Associate Professor and Senior Lecturer in war studies at the Swedish Defence University.

In his book ‘Family Power: Kinship, War and Political Orders in Eurasia 500-2018’, Peter Haldén examines how stable political systems have been dependent on family networks and on the idea of kinship principle of political legitimacy.

To understand international politics and war in the history of Europe, the Middle East and Central Asia, one must put family networks at an elite level at the centre, says Peter Haldén, Associate Professor and Senior Lecturer in War Studies at the Swedish Defence University.

"My research shows that state-building processes rest much more on cooperation between family networks than on monopolies of violence and coercion, which are often associated with what is the core of the state", he says.

He shows that there is an old notion in political science, history and anthropology that kinship-based groups are always the opponents of political orders.

"Since the seventeenth century, political and social studies have been characterized by the idea that ‘where family networks take over, politics ends’. This was something I wanted to investigate further, and although I have gone all the way back to the fall of the Roman Empire, I have not found any evidence supporting this idea in in European history."

Legitimacy as representatives of the state

Peter Haldén points out that family-based groups, i.e. elite groups such as nobility and royal families, have actually been in symbiosis with the political order in Europe for a long time.

"Recently, clans and family networks that run parallel societies have attracted attention in the Swedish debate, but historically we have not had this type of formations in Europe at all. The elite-level family networks in Europe enjoyed power and legitimacy by virtue of representing the realm."

The book also contains an analysis of contemporary Somaliland and Saudi Arabia, which are examples of two states where kinship plays a crucial political role even today.

"These countries show that it is indeed possible to create modern societies based on networks of elite families, but they are neither democratic nor egalitarian."

The research behind the book is based on analyses of different types of historical sources, as well as previous research in many different sub-fields.

"I have studied political documents from the medieval and early modern periods, as well as epic poems, chivalric works and and heroic sagas”, says Peter Haldén.

What is the book's largest contribution?

"Well, probably that I dismantle a 300-year-old prejudice about states and family networks and show that these elite families have not restrained politics, but rather been a part of it."

From coastal ranger to combat diver to the Swedish Defence University

”This opens the scope for questioning and rethinking”

“Unique environment for research on gender, peace and security”

A Professor of War Studies who likes peace

What does warfare in the future look like from a Swedish perspective? And what role will artificial intelligence and new technologies play for the work of the armed forces? These are some of the issues Professor Alastair Finlan is researching.