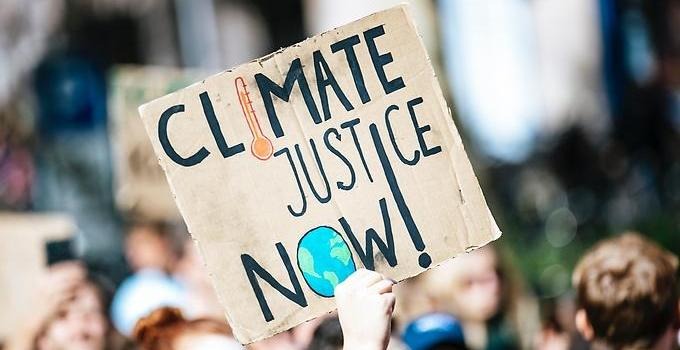 The climate crisis is an example of a creeping crisis, as discussed in the book "Understanding the Creeping Crisis". Photo: Markus Spiske/ Unsplash.

The book Understanding the Creeping Crisis explores different forms of the creeping crisis phenomenon, with recent examples from, among others, the handling of the Covid-19 pandemic.
"We discuss why all the information and facts available about potential crises do not generate action, and what kind of knowledge would be needed to trigger action", says Magnus Ekengren.

The concept of creeping crises has been introduced to highlight the slow-acting threats that can turn into acute societal crises if not addressed in time, such as the climate crisis, pandemics, the spread of multi-drug resistant bacteria, migration and cyber threats.

"We are launching this new concept of crisis preparedness because existing concepts fail to work with the almost biblical threats we face. Unfortunately, they have also not helped us to take early action to stop these threats from developing into crises", says Magnus Ekengren, Professor of Political Science at the Swedish Defence University, who, together with Arjen Boin (Leiden University) and Mark Rhinard (Stockholm University), is leading the international research project Creeping Crises. 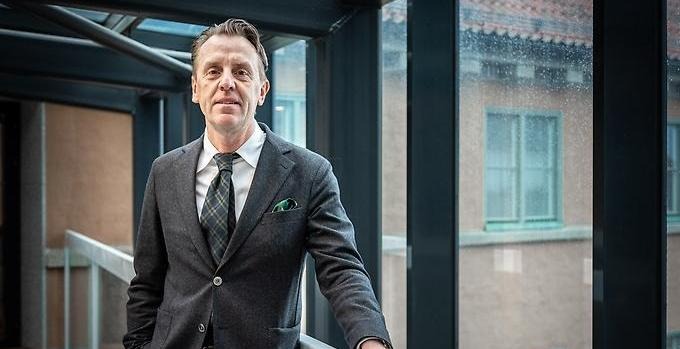 Magnus Ekengren, Professor In Political Science at the Department of Security, Strategy and Leadership, the Swedish Defence University.

"One aim is that the new concept will help strengthen our ability to imagine the consequences of a major crisis here in Sweden before it happens, in order to understand that we have to act more quickly", he says.

Covid-19 as a creeping crisis

The Covid-19 pandemic is a highly topical example of a creeping crisis which is also addressed in the book.

"Although the government and the authorities had for years identified pandemics as one of the greatest threats and were well aware of the spread of Covid-19 around the world, they were slow to act. The pandemic was allowed to remain a stealth crisis until March 2020, when it suddenly exploded into an acute crisis with devastating consequences."

In addition to defining the concept of an emerging crisis and describing the challenges it poses, the book gives examples of eight different types of emerging crises and how they have been managed.

So why is it so difficult to react in time to a creeping crisis? Magnus Ekengren argues that it is the difficulty of imagining the development of the threat in time and space, i.e. when might it explode and what might the national and local consequences be?

"We saw it coming, we understood it, but we didn't act until we felt it really impacted our daily work, was the comment we received from various quarters when we interviewed officials and experts from different public authorities about the handling of the Covid-19 pandemic", he says.

The researchers were struck by the fact that the experts and officials at regional level had facts, information and figures on the spread from other countries, but this did not generate action.

"The knowledge was too abstract and static to prevent the repressive mechanism of thinking: "it's not happening here, in our own country". It wasn't until the pandemic had a direct impact on your own area of responsibility, or when you saw the concrete consequences in other countries on video and film, that decisions were made and action was taken, and then it was often too late", says Magnus Ekengren.

Knowledge that leads to action

He says the results indicate that we need to question current science, or at least the way it is presented, as it does not seem to provide the understanding needed to avoid long-term threats we face.

"We need to think about what kind of knowledge we need to trigger action."

Because in stealth crises we do not feel compelled to act immediately in the same way as in acute crises, we need a deeper, emotional understanding and fear of what might happen in the future.

"For this, a new kind of knowledge is needed that can better portray slow-acting threats and enhance our imagination: 'it could happen here'!"

The book describes a possible type of scientific knowledge which is based more on crisis management practitioners' ”know-how” and ”know-when” understanding of the course and outbreak of these crises.

Another way forward is the development of international reports on crises outbreaks based on eyewitness accounts, transcripts and accounts both from those directly affected and from crisis managers on the ground. Increased exchange between national officials, including during the crisis, is another opportunity to strengthen the imagination of those not yet affected at home. Another is the use of new digital technologies to model, illustrate and visualise the evolution of threats in time and space.

"The aim is to evoke reactions about potential consequences for one's own region, hospital and personal situation, in a similar way to emergency crises."

"Our society’s organisations have stovepipe patterns, and there is still a notion that national borders play a role in a cross-border crisis. This is something we must overcome, otherwise the same problems will recur again and again."

The book Understanding the Creeping Crisis is published by the academic publisher Palgrave Macmillan and can be downloaded with Open Access.