The War in Ukraine: reflections from the Vice-Chancellor

The invasion of Ukraine is now on its seventh day and despite large advancing Russian forces and intensified attacks on cities, the Ukrainian defence forces and the Ukrainian people are fighting back. They are fighting with great bravery for the freedom of their country and their survival.

The Russian setbacks during the initial days of the invasion days are in many ways surprising and somewhat encouraging, although we observe, with horror, the escalation of the use of force in the cities. We are still very much just in the beginning of these events, and we must therefore be cautious about any conclusions we draw.

The Russian forces have thankfully surprised us in a negative way so far, while the international community has surprised us in a positive way. There is great international solidarity with Ukraine, which is also materialising in the form of humanitarian aid, financial support, as well as defence equipment and weapons systems. The EU is speaking with one voice and imposing very tough sanctions on Russia, thus making a common foreign and defence policy reality for the first time. NATO stands united and strengthens its presence in its eastern parts. In addition, many countries are signaling continued and increased efforts to strengthen their defence capabilities. In just a few days, Putin has contributed to uniting and strengthening a somewhat polarised and divided "West". In strategic terms, everything seems to be going against Putin and it is becoming increasingly difficult to see a positive end scenario for Russia - which is precisely why the situation may be even more dangerous.

I have received many questions about what the Swedish Defence University does or what we should do in addition to our research and education, to contribute in different ways. In addition to the initial communication and briefing for students and employees last Friday, the SEDU is doing the following:

We continue to follow the war and to do what we can as a university. At the briefing last Friday, I mentioned that we have an important role to continue our work of research, education and studies. I am well aware that it may feel frustrating and limiting to not be able to do more as a government agency and higher education institution than we can or should. The horror of war evokes strong emotions and a desire to act and protest. I hope that those of you who would like to engage beyond will find organizations and contexts where you can find an outlet for it. 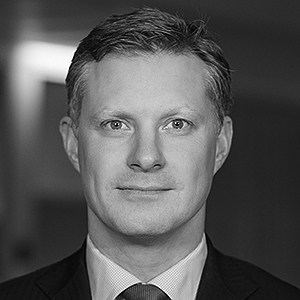