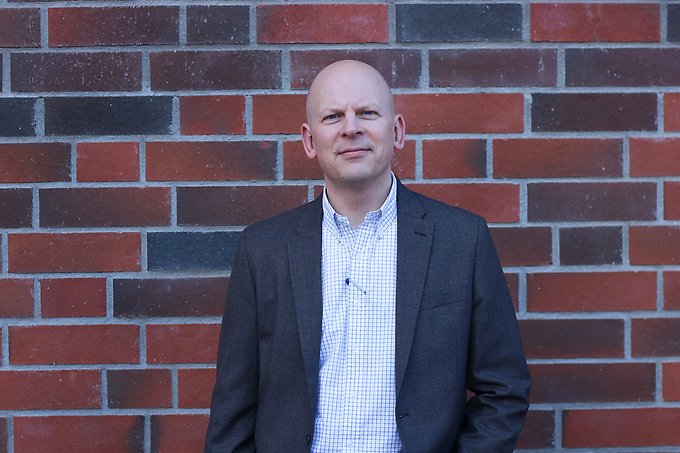 Jan Ångström, Professor of War Studies at the Swedish Defence University, has been appointed as a member of one of the recently established Swedish Ethical Review Authority’s 18 departments that are examining ethical review applications at a national level.

The purpose of the Ethical Review Authority, which was founded in 2019, is to make it possible to establish clearer national standards for research ethics. The authority replaces the previous system that involved six separate regional ethical review bodies.

Why is research ethics important?

"Research enjoys a high degree of legitimacy in Swedish society. To retain this trust, it is important that researchers observe not only research ethical principles, but also good research practice. Not causing harm to research subjects, not fabricating results or plagiarising are all important cornerstones of this system of ethics. This applies to all researchers, not only at the Swedish Defence University, but also at other universities."

There are also several special research ethical considerations at the Swedish Defence University since the research often deals with matters relating to the nation’s security and defence, or the government agencies that are responsible for these matters.

There are several special research ethical considerations for large parts of the research being conducted at the Swedish Defence University. As the research often deals with matters relating to the nation’s security and defence, or the government agencies that are key for defence, the balance between the value to society and protection of the individual is different compared with other disciplines in the Swedish university sector. Issues of confidentiality and the researcher’s own security are also relevant in a way that is not common for many other universities. In our PhD-programme, there is even a separate special course in Research in sensitive contexts: ethics and confidentiality to prepare our researchers for this. Associate Professor Håkan Edström is course coordinator and examiner.

What is an ethical review?

"An ethical approach to research is of key importance in many ways. The freedom enjoyed by the individual researcher, at least for the most part, to individually formulate scientific problems and to structure systematic investigations to resolve these problems brings with it a major responsibility not to cause harm to individuals – physically, psychologically or in terms of privacy. It is not so long ago that this was an unusual attitude in Sweden, where the benefit to society would often outweigh the protection of individuals. With the legislation that has been introduced over the last 20 years, it can be said that Sweden has fallen in line with the standard that has been in force in the rest of the western world, thus enhancing the protection of the individual, the research subject."

Many believe that research ethics reviews are important primarily to medical research, but it is also important for researchers at the Swedish Defence University. All of our subjects may involve elements of research into people or the collection of sensitive personal data. In such cases, the research must be subjected to an ethical review before it begins. In order to guarantee equal treatment and to avoid conflicts of interest, individual applications are drawn at random throughout the country among the Ethical Review Authority’s departments. This is not how it worked in the past.

Even though deliberations can be difficult, the law states clearly that the research subject’s well-being comes before the benefit to society.

In more tangible terms, an ethics review means that members assess – review – the ethics of proposed research projects in order to determine the kind of and in which way research may be conducted. This means that we assess, for example, whether the risks that the research may involve are balanced by the research’s academic quality, value and benefit to society, and whether the information to the research subject is structured in such a way that the individual can make an informed decision about consent to take part in the research. Even though deliberations can be difficult, the law (2003: 615) states clearly that the research subject’s well-being comes before the benefit to society.

Jan Ångström took up his post as a member on 1 January 2020.

The Swedish Ethical Review Authority was founded in 2019 with the primary task of protecting the individual and respect for human dignity in research. The authority processes about 7,000 ethical review applications every year, and these are examined by a total of 18 different departments in the country. These departments are led by experienced judges and consist of both academically schooled members and representatives from the general public. The vast majority of the applications relate to medical research, but all research that involves personal data or physical or psychological interventions in individuals must undergo an ethical review. The Swedish Ethical Review Authority’s website has extensive information and support for researchers in their work with ethical review applications.