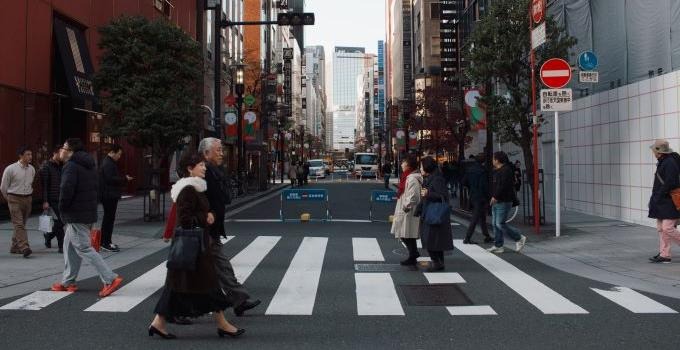 In a recent study published in the Social Science Japan Journal, researchers from the Swedish Defence University investigate how women in three Japanese interest groups view security and security policy. The results show that the issues that women are particularly interested in are not at all the same as those that are being raised in the security policy debate in Japan.

“I was inspired to write this article when I started thinking about the fact that most researchers on Japanese security policy start from the same types of sources, i.e. sources produced by the elite in Japanese society, which is almost exclusively composed of men. This means that you are starting from a very narrow material, no matter what theoretical perspective you then apply to it”, says Linus Hagström, Professor of Political Science at the Swedish Defence University and the article's lead author.

To get a different perspective, he asked women who were active in three different organisations about their views on security. One of the organisations is an interest group for women in the agricultural sector, which is politically close to the governing party, the Liberal Democratic Party (LDP). The other two organisations are closer to the opposition, with one focusing on consumer issues and the other on gender issues. Both organisations also have a strong focus on peace issues.

“The survey was a questionnaire-based one, and the results should not be seen as a cross-section of how all women in Japan view security, as the sample is limited”, emphasises Linus Hagström.

The results show that the two groups have relatively different views on security and threats.

“The women in the agricultural organisation, who are closer to the government, have views that are more in line with the perspective of the elite. But they also raise a range of issues that are not treated as security issues in the debate, not least pollution and climate change”, says Linus Hagström.

The security threats that are usually highlighted in the Japanese debate, usually related to China and North Korea, were almost absent from the survey's defence questions.

“They came up in the questions specifically about China and North Korea, but when the women were asked to answer freely, more down-to-earth questions related to the environment, climate and natural disasters came up. This is probably because they are farmers and see first-hand how climate change affects their daily lives”, says Linus Hagström.

The women in the other two organisations also highlighted climate change as a security issue, but had a different view on conventional threats.

“They don't think that the biggest security threats are North Korea and China. The big security problem for them is that Japan has a government that is trying to change the country's security policy and is building up military defence. This creates anxiety and uncertainty for them, and is something you see less and less in elite debates”, says Linus Hagström.

According to the Japanese constitution, the country is not allowed to use war as a means of dealing with international conflicts, which means that it cannot have military forces.

“But Japan does have a de facto army, navy and air force, but they call them self-defence forces. During the post-war period the ruling LDP party has wanted to revise the constitution to allow for a proper military defence, with offensive forces. They see themselves as a great power and want to be able to act like other great powers”, says Linus Hagström.

“So the security threats that women in all three organisations were most concerned about were not the issues most visible in the debate. And highlighting these perspectives was precisely the purpose of the article. It's a piece of the puzzle that contributes to the understanding of what security and insecurity are for Japanese people, even if it doesn't give the whole picture”, he continues.