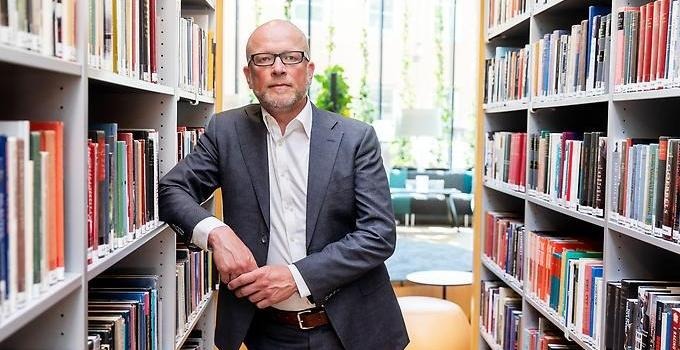 When can a country use force against another nation?

So that means that Russia's invasion of Ukraine is a violation of international law?

"Yes, it was not sanctioned by the UN, and Russia's argument that they are acting in self-defence does not hold up under international law either."

In his speech on 24 February, Putin referred to the UN Charter right to self-defence in an attempt to legitimise the invasion. The position that Russia is using force in self-defence was also included in Russia's report to the Security Council on the same day. However, the report did not specify what armed attack Russia claimed it was defending itself against. The most obvious explanation is that Russia was not subjected to an armed attack by Ukraine.

"Human rights do not prevent self-defence. Instead, in the present case, it is Ukraine that has the right under international humanitarian law to act in self-defence against the armed attack to which it was subjected, a right that it can choose to exercise itself, or together with other nations under the collective right of self-defence", says Jann Kleffner.

"The international humanitarian law was conceived with the aim of balancing humanitarian considerations and military necessity in armed conflicts. They set out a number of basic principles that all parties involved must respect and adhere to, including the principle of distinction, which requires belligerents to distinguish between military objectives on the one hand, and civilian and non-military objects on the other."

The principle of proportionality, which prohibits attacks that may cause damage to civilians or civilian objects that is excessive in relation to the military benefit, as well as the protection of those who are not combatants, must also be respected. The parties must also comply with the precautionary principle, which obliges the parties to take all reasonable precautions in their attacks, as well as the prohibition and regulation of certain types of weapons, weapon systems and methods of warfare.

"These principles equally apply to both Russia and Ukraine, regardless of the fact that it is Russia that is considered to have violated the UN Charter's prohibition of violence by invading Ukraine", says Jann Kleffner.

In addition to the obligations of the warring parties to respect the international humanitarian law, all other nations not participating in the armed conflict, including Sweden, have an obligation to exert their influence to ensure respect for the laws of war.

What are the consequences when a nation violates international law and does not respect the laws of war?

"Nations can be held accountable under international law. The most obvious consequence when a nation violates international law is that it has an obligation to put an end to the violations and to provide guarantees that they will not be repeated."

An additional consequence is that a nation is obliged to make compensations for any violations of international law for which it is responsible. Compensations can be made in various ways, including by restoring the situation to what it was before the crime was committed. In the case of Ukraine, this may involve withdrawing armed forces and rebuilding the country. Compensation can also be in the form of reimbursement, such as paying for damage caused, or providing an apology or prosecuting individuals suspected of violations of international law.

"Another instrument in the enforcement of nations’ responsibility is countermeasures, i.e. measures that are not in themselves in accordance with a particular rule of international law, but are taken as a countermeasure against an act contrary to international law. In international humanitarian law, this possibility is very limited to the extent that we have a prohibition of so-called reprisals. But in addition to these limitations, it is possible to consider sanctions such as those now being directed against Russia", says Jann Kleffner.

The rules on nation-state responsibility also stipulate that consequences for particularly serious crimes, such as aggression and war crimes, extend further in that the right to take countermeasures is not limited to the victim state, in this case Ukraine, but also accrues to other states, such as Sweden.

"Moreover, all states are obliged not to recognise as legal the situation resulting from the aggression."

In other words, when Russia's aggression leads to the occupation of Ukraine, all nations are obliged not to recognise the occupation as legal. They must also cooperate to prevent the continuation of the crime (aggression) by legal means.

"The ultimate consequence of Russia's aggression against Ukraine is that it not only has the right to self-defence, but also that other states (at Ukraine's request) can assist Ukraine in this self-defence under the right to collective self-defence. This would, however, mean that other states would use force against Russia, which risks further escalating the conflict into some form of Third World War. However, no state has so far indicated a willingness to use force against Russia in support of Ukraine, even if such force in collective self-defence would be legal", says Jann Kleffner.

What does international law say about the possibility of putting Putin on trial after the war?

"In addition to the rules on nation-states’ responsibility, individuals can also be held accountable for violations of international law, such as crimes of aggression, genocide, crimes against humanity and war crimes. These crimes can be tried in national or international courts, provided they have jurisdiction."

The referral of the situation in Ukraine to the International Criminal Court (ICC) by several nations means that the ICC can exercise jurisdiction over crimes that meet the criteria of genocide, crimes against humanity and war crimes committed in Ukraine.

"The situation is more complicated regarding the crime of aggression, as the ICC only has jurisdiction over that crime when and if the UN Security Council refers the situation to the ICC. As Russia has a veto in the Security Council, this is unlikely to happen. Then remains only national courts, also not a straightforward procedure."

"One possibility is that Putin is prosecuted in national courts. That could be Russian courts, which is unlikely to happen without a regime change in Russia. Prosecution in Ukrainian courts is legally possible but actually unlikely, partly because these are likely to be under Russian control, having been replaced by Russian puppet regimes, or due to incapacity. Moreover, a prosecution in Ukrainian or another national court would pose challenges due to Putin's immunity. But while the chances of prosecuting Putin are slim given these circumstances, international law has a long and good track record. For example, it took the Yugoslavia tribunal no less than 26 years to convict Ratko Mladic for crimes committed in former Yugoslavia in the early 1990s", says Jann Kleffner.