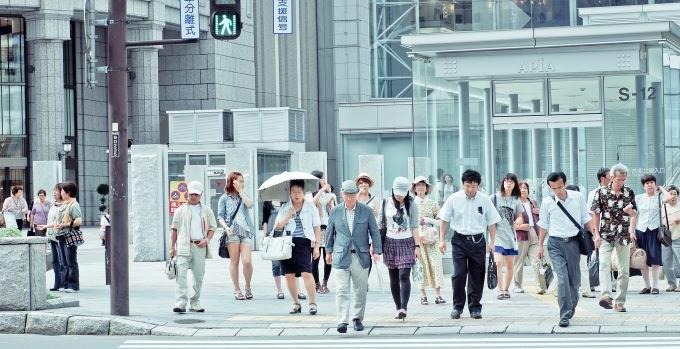 What is the background to the shift in Japan's security policy in recent decades? In a study published in the academic journal International Relations of the Asia-Pacific, researchers show that politicians' feelings of resentment and fear have played a role.

In their article Resentment, status dissatisfaction, and the emotional underpinnings of Japanese security policy, Linus Hagström, professor of political science, and Thao-Nguyen Ha, PhD candidate in political science at Vanderbilt University, study how feelings of resentment and status dissatisfaction have played a role in the transformation of Japan's security policy since the turn of the millennium.

The article is based on around 40 ’elite interviews’ with senior Japanese members of parliament conducted by Linus Hagström in Tokyo in 2013 and 2015. The analysis shows that 18 interviews with leading conservative MPs point to two ways of understanding their sentiments regarding security policy and what were the drivers of the security policy changes in recent years.

"The predominant sentiment among group is resentment, stemming from a dissatisfaction with Japan's lack of status on the global scene. They feel that Japan is not getting the recognition it deserves and that neighbouring China and South Korea are not grateful enough for Japan's support. Another sentiment, albeit less dominant, is fear, where some are afraid of China and North Korea and want to revise the constitution to allow for strengthening the national defence", says Linus Hagström.

Japan's post-war security policy is set out in Article 9 in the Constitution, and it prohibits war as a means of resolving international disputes. But since 2000 onwards, a policy change has become apparent and in 2014, the Japanese government approved a controversial reinterpretation of the constitution that gave more power to the Japanese Self-Defense Forces.

"Conservative politicians argue that the constitution should be revise in order to restore Japan's status and defend the country. Our study shows that there are different emotional bases for the same policies and that they act as a strong force in the broad conservative camp", says Linus Hagström.

Resentment is usually considered to be a tertiary emotion. It is complex, develops over time and follows as a result of other emotions, such as anger and humiliation.

"It also contains an element of nostalgia, and that is relevant to security policy because previous research has shown that this type of emotion, when widespread, can enable preparations for an aggression", says Linus Hagström.

How primary, secondary and tertiary emotions emerge and influence security policy is something that research could analyse more in depth, he says:

"The foundations of Japanese security policy have not been sufficiently studied, and examining the sentiments that drive it is highly relevant. In addition, the results can be applied in other contexts and increase our understanding of what forms the basis for security policy considerations. Psychological research shows that even seemingly rational decisions have an emotional basis and that the general distinction between rationality and emotions is therefore problematic."

Article 9 of Japan's Constitution prohibits war as a means of resolving international disputes. The Constitution came into effect on 3 May, 1947. In the text, the Japanese state formally renounces the sovereign right to wage war and states that Japan will seek international peace based on justice and order. Moreover, Article 9 states that to achieve these goals, an armed forces with war potential will not be maintained. The Constitution was introduced by the occupying United States after World War II. However, Japan maintains self-defence forces in the form of a defensive army.

In July 2014, the Japanese government approved a reinterpretation of Article 9 that gave more powers to the Japanese Self-Defense Forces, allowing them to defend other allies in the event of war. Some Japanese political parties and citizens believe the change was illegal because the Prime Minister bypassed Japan's constitutional amendment procedure. In September 2015, the reinterpretation was made official through a series of laws allowing Japan's Self-Defense Forces to provide material support to allies engaged in combat internationally.