China presents itself as a soft and harmoniously minded superpower. It is not alone in this, however. Several countries have used similar rhetoric while others try to exercise soft power by emphasizing their attachment to values such as democracy and freedom. Linus Hagström, a Professor of Political Science at the Swedish Defence University, argues that soft power risks enabling the exercise of hard power.

Linus Hagström has devoted part of his research in the past six years to analysing the power of language when countries seek to expand their influence on the global arena through the use of soft power. He points out that soft power is not at all at odds with hard power in international politics. Rather, the use of military violence tends to be preceded and legitimized by strategies for soft power.

This pattern is repeated in many contexts, such as both World Wars, the War on Terrorism and China’s heavy-handed discipline of minorities and dissidents to restore “harmony” within the country’s borders.

“Soft and hard power are not completely different. Soft power provides the conditions of possibility for the use of hard power. Soft power is not innocent, but potentially dangerous,” says Linus Hagström. 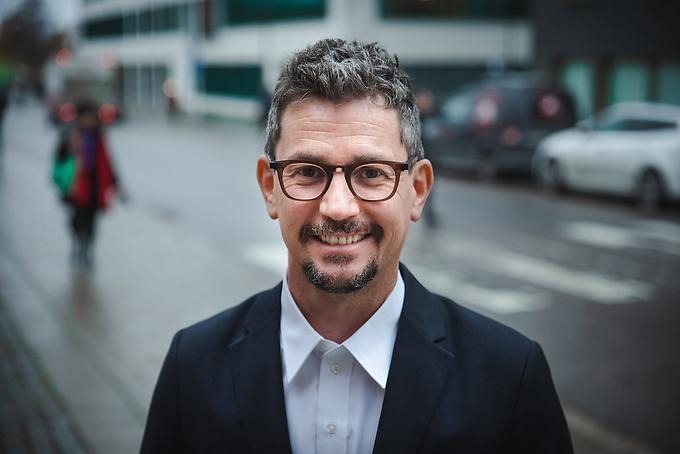 Soft power is a relatively new concept. It was coined in 1990 by Harvard Professor Joseph S. Nye, who in a book discussed whether the U.S. was in decline as a superpower or not. Since then, soft power has almost become a slogan, or a mantra, that researchers and practitioners have filled with different content.

Central to the original definition was the ability to achieve what one wants through attraction instead of force. In an article that Linus Hagström recently published (with Astrid H. M. Nordin) on how the concept is used by China, as well as by Japan and Western superpowers, he turns the perspective around.

“We argue that physical violence becomes politically possible through the way that soft power is exercised. It’s hard to win over the hearts and souls of other people without at the same time separating the ‘Self’ from the ‘Other’, where the Self is typically represented as soft, good and attractive while the Other is hard, bad and repugnant.”

This is how the run-up to the Iraq War and the War on Terrorism can be understood. Then US President George W. Bush said “you’re either with us or with the terrorists.” That statement not only forced listeners to identify with the good United States against the evil terrorists, but also helped legitimize the use of violence against the latter. In his research, Linus Hagström has analysed China and Japan’s relationship to the concept of harmony as a case of the exercise of soft power, and he highlights that the common features are striking.

“Right now, Chinese leaders are trying to convince us that China is not threatening since the country has a long history of caring for harmony internally and in relation to others. Therefore, China will not commit the same abuses that Japan and the Western powers have historically been guilty of, they maintain.

“However, comparing China’s ‘politics of harmony’ with how the harmony concept was used in Japan’s empire-building in the 1930s or how it’s been used in Europe, from the age of Plato until the late 20th century, it’s clear that harmony has been a central concept there as well. History also shows that the politics of harmony has ultimately included a harder aspect. Traps are laid in the rhetoric.”

“Talk of harmony often leads to violence. Today, this can be seen very concretely in Chinese politics, such as in Tibet where allegedly disharmonious dissidents are kept in check by dispatching so-called ‘harmony makers’ to the region.”

In another article, Linus Hagström (with Chengxin Pan) analyses the Sino-Japanese sovereignty dispute over the islands called Senkaku in Japanese and Diaoyu in Chinese. In their soft power campaigns, both countries use a polarised rhetoric where the good “Self” is pitted against the demonised “Other”. However, their attempts to win empathy from the surrounding world have strikingly similar characteristics: both China and Japan use references to international order as they try to get others to identify with their own country and against the adversary.

“In both countries, exercising soft power this way is intimately linked to the use of violence and preparations for the use of violence. At first, critical voices that question their own country’s policies are harassed and physically disciplined. Moreover, this way of communicating, which I understand as an expression of soft power, enables military escalation between the two states and particularly around the disputed islands.”

Soft power has been harshly criticised as a concept. Some researchers believe that it is superfluous since international politics ultimately revolves hard power. Others assert that the concept is too flimsy to be used in an analysis. However, Linus Hagström believes that the concept is currently so widespread in politics and research that it has to be taken seriously and addressed. He has also thought about how it might be reconceptualised and given the positive meaning that seems inherent in the words. Paradoxically, the inspiration comes from China, from yin and yang, which are central concepts in Daoist thinking (see figure).

Linus Hagström believes that countries today want to win the empathy of others by painting themselves completely in white and the other in black. If they instead admitted certain similarities with the other, read the black dot in the white field and the white dot in the black field, then emphasis would rather be on how the Self can feel empathy for the Other. This would be a better foundation for peaceful and harmonious developments. Can this attractive figure be taken further and translated into practical power politics ?

Professor at the Department of Security, Strategy and Leadership of the Swedish Defence University. Both articles that this article refers to are available for download here:

Harmony and the Quest for Soft Power