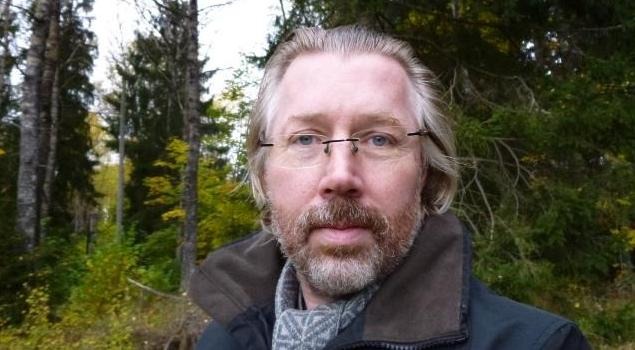 A Professor of War Studies who likes peace

What does warfare in the future look like from a Swedish perspective? And what role will artificial intelligence and new technologies play for the work of the armed forces? These are some of the issues Professor Alastair Finlan is researching.

Alastair Finlan has been a Professor of War Studies at the Swedish National Defence University for four years. His research focuses mainly on three areas: special forces, military culture and military strategy and contemporary warfare.

"I often wander between several obviously closely related areas. My main interest is what people think of war and how they wage war. I have written two books on military culture where I investigate why armed forces look at warfare through specific cultural lenses based on their previous experience and how this influences their forces and behaviour in war."

Warfare of the future from a Swedish perspective

At the moment the Swedish Armed Forces have commissioned him to work on warfare in the future.

"I am investigating future warfare from a Swedish perspective. However, this is not science fiction but what the situation could be like in the coming 20 years."

He is in the midst of a project studying, among other things, what importance artificial intelligence and autonomous weapons like the Predator/Reaper drones, could have in the future.

"These weapons are currently not being used by Sweden so I am looking at what this development could mean for Sweden.
Previously Alastair Finlan has analysed USA’s and UK’s warfare and military strategy in Afghanistan and Iraq from 2001 onwards, where new technologies played a significant role."

"There has been significant technological development in the last 20 years. That’s why it is interesting to analyse what this means for Sweden. Should we keep on developing our defence in a traditional manner or should we take a different approach?"

"My background is in international relations and strategic studies and I have always been interested in how war affects society at different levels. War affects every aspect, both social relations and economy, and if we can understand war we can also understand how to avoid war. At any rate that is what I hope. I am a Professor of War Studies who likes peace."

After four years in Sweden Alastair Finlan speaks Swedish fluently, but applying for a position at the National Defence University was actually somewhat of a coincidence.

"I had seen an advertisement for a position as Professor of War Studies, and I was at a point in my career when it felt like the right moment, so I applied for the job. I had never been in Sweden and I didn’t think I had a chance, but everything went well and I was offered the position."

In his role as professor he hopes to contribute to developing the research environment at the National Defence University.

"It is of vital importance to us as we are a relatively new university. I hope to contribute to creating an environment of both civilian and military competence where young researchers and teachers can develop positively."

In my spare time: Renovating a traditional Swedish country house..