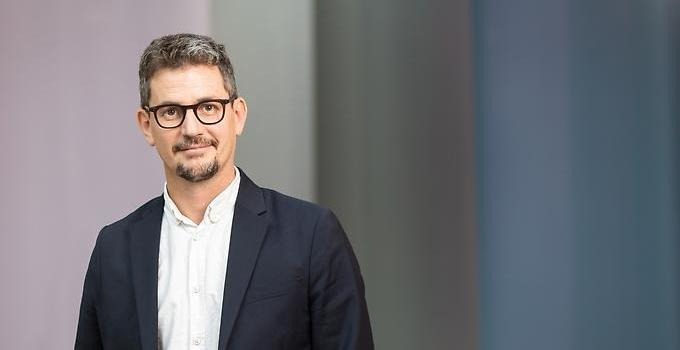 Linus Hagström, Professor of Political Science at the Swedish Defence University, has gone from a narrow research focus centered on Japanese foreign and security policy to a broader research agenda within the field of political science. In the future, he hopes to be able to use artificial intelligence to analyse how the global spread of stories influences international politics.

At the moment, Linus Hagström has approximately ten research articles in progress. A common denominator for many of the projects is that they relate to narratives and how stories about different events are conveyed and exercise power in different ways.

"When I started my research, my work was very Japanese-centred. At the time, there was a notion that Japan was not a normal superpower, and that was something I was trying to challenge - why is Japan not considered as a superpower?"

His interest in Japan originally comes from the martial art of aikido, which he began practicing at the age of 14.

"I trained at a fairly high level and later started my own club. I also started studying Japanese and one thing led to another."

How collective identities are created

His research still touches upon Japan and East Asia, but has been expanded to a more general theory of international relations, Swedish security policy and also method-focused research.

"My research has more and more come to be about how collective identities are created, not only through narratives but also how people are disciplined and how that discipline is related to security policy."

In his research on Japan and the country's relationship with China, he discovered that narratives are created about how the different countries act. The narratives often spread by themselves, not least in the media.

"These narratives are not always based on facts, but they are also not necessarily deliberate misinformation. The narratives link to previous narratives and help people create meaning around what is happening."

As an example, Linus Hagström relates a specific incident when two Japanese coastguard ships collided with a Chinese trawler in disputed territory in the East China Sea in 2010. After the incident, an interpretation appeared in both the international and the Japanese press, as well as in the Japanese parliament, that Japan had "lost" in this incident and that China had "won".

"It was exciting to see how quickly these stories spread and somehow came to a conclusion for what had happened, and what the consequences were."

When Linus Hagström later analysed the components of the stories, it turned out that much was not true. Some facts that were taken for granted had not happened, or there was no way to verify them.

"These narratives lived their own lives and had quite a large effect. They had an impact on defence decisions and Japanese and Chinese troop movements, but also on what people in each country were allowed to say and not say about the incident."

Linus Hagström's research is based on both text analysis and interviews. He has interviewed both high-ranking decision-makers in the Japanese Parliament and people who have gotten into trouble for their dissenting views. He has also analysed, for example, Japanese Parliament debates, news and editorials and Japanese social studies textbooks. In the future he hopes to document narratives more efficiently using language technology and artificial intelligence.

"Since the narratives that are spread and the security and defence policy room for maneuver that states have are related, I would like to find a way of tracing the spread of the stories in time and space without having to hand-code all the material."

He is driven by challenging himself and testing new methods and issues. But becoming a professor was never a clear goal.

"I see it more as a consequence of my work. I have lots of ideas and I like making things difficult for myself. I rarely send articles to the same magazines twice and often try new formats. That is also what I appreciate about this profession, that one's curiosity can be given free rein! I also think that what I am doing is important and hope that what I write will lead to new insights."

In my spare time: Watching lots of football, which both my children play.

Secret talent: Quite skilled at finding affordable cottages in top locations for rent during the school holidays.

Favourite topic of discussion: Politics, which may not be so strange since I am a political scientist.

My research motives: To destabilise dominant notions and to challenge myself.