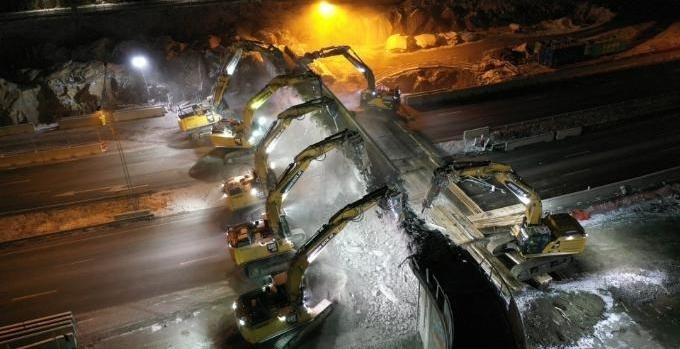 "Förbifart Stockholm" is a Swedish example of a megaproject.

Projects in the multi-billion class that involve a large number of actors at different levels are becoming increasingly common. In his dissertation Lars Löfgren shows that concepts such as culture of change, power and insights can be used to analyse this type of megaproject and points to factors that can lead to failures.

A ”megaproject” is a type of activity that involves extensive societal resources, several levels of societal actors, including political involvement and a multi-billion budget. Some examples of megaprojects in a civilian context are, for example, the Stockholm Bypass and the New Karolinska Solna University Hospital.

“Megaprojects are becoming more common. The projects involve large financial investments that can easily be jeopardised if the underlying ideas are unrealistic”, says Lars Löfgren, university lecturer and researcher in defence systems at the Swedish Defence University.

In his dissertation he analyses and compares three megaprojects in the USA, Sweden and France. The American project, the Future Combat System, is a modernisation project formally run 1999 - 2009 by the US Army. The Swedish project - Ledsys - was a development project aiming to create a new command system for the Swedish defence, with the army being the largest party involved. It was planned from the mid-1990s and operated from around 2000 to be completed in 2006 or 2009. The French project, Scorpion, is also a modernisation project with a focus on army materiel development. The project started around 2010 and is planned to be completed in 2033.

“Unfortunately, it is quite common for megaprojects to partially or completely fail. In the projects I examined, the American and Swedish projects have failed. It can be easy to believe that the cause of the failure is of a technical nature or is due to financial problems, but there are other phenomena that are often the reasons why scope creep is common, time goals are greatly exceeded and resources are insufficient”, says Lars Löfgren.

The cause of the failures is usually to be found in unrealistic ideas driven by individuals who have the power to accomplish change, but also with the ability to get the approval of many people and silence possible criticism in various ways.

“It can be about power of an almost ideological nature, which interacts with a growing culture of change. Decisions are often made too quickly and there is no transparency until it is too late”, explains Lars Löfgren.

He believes that the dissertation's biggest contribution is that one can use concepts such as culture of change, power play and insights to analyse megaprojects.

“In megaprojects, over time a kind of cultural struggle develops where opponents are shut out or stopped from hindering development.”

And it is this power play that contributes to the projects failing, rather than problems of a technical and economic nature, he says.

How can the risk of megaproject failure be reduced?

“The lessons to be learned from my case studies are that the project's goal cannot be vague. What you want to achieve must be clear. Mechanisms are also needed that can hinder development if it turns out that the risks are too great”, says Lars Löfgren.

Immature industries are particularly sensitive and here you must be careful and not be in a rush, and make sure to build up skills during the project.

“But I also think that you need to legislate so that it is not possible to push through megaprojects if you have not done your homework. It is difficult to stop the development if sanctions have not been imposed, precisely because this type of project tends to be controlled by individuals with strong power ambitions who are not receptive to risk analyses”, he says.