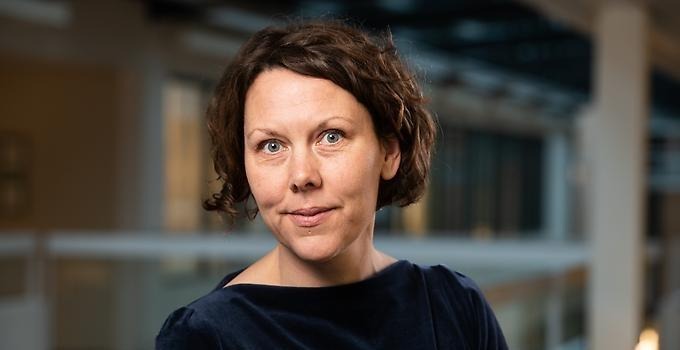 Jenny Hedström, associate professor and associate senior lecturer in War Studies, researches gender and civil war with a special focus on Myanmar. She is currently working on a study that examines how the UN women, peace and security agenda has affected peacebuilding and the political reforms that preceded the military coup in Myanmar a year ago.

When we meet over Zoom for an interview in early February, the anniversary of the military coup in Myanmar has just passed. It was on 1 February 2021 that the military once again seized power, after the country had been moving in a more democratic direction in recent years. Jenny Hedström's interest in Myanmar was sparked when she travelled to the Thai border to volunteer at a school for female activists in exile after completing her master's degree in political science at the London School of Economics.

"The idea was that I would stay for three months, but I stayed for four years, working with a Burmese women's rights organisation that ran a school for both activists and migrant workers. At the time, most of the country's opposition was located at the border, and this organisation played a key role in raising gender issues within the exile movement", she says.

Hedström’s research interest is rooted in her experiences in Myanmar, a country she has returned to several times over the years.

"The reason I began researching this field was because of the discrepancies between what I saw on the ground and the official policies and scientific articles. I didn’t really understand why, but I was curious to find out more."

Most of what she read was written from a male perspective, but the soldiers she met in her work were all women. In addition, what she read about women's movements in Myanmar did not match what she was observing firsthand.

"Women's movements were almost always described as pacifist, but I was working with women soldiers. I wanted to understand why they were not represented in what I was reading, so that’s what I centered my subsequent doctoral thesis on."

Jenny Hedström moved back to Sweden in 2008 and later began working on diversity and gender issues at the International Institute for Democracy and Electoral Assistance (Idea).

"I wrote about Myanmar fairly regularly both for and outside of work. When I was offered a Ph.D. position I saw it as an exciting opportunity to write on other than strictly policy-related matters."

After having spent three years at Monash University in Melbourne and having completed her Ph.D., Jenny was offered a position at Umeå University where she was, and still is, part of the “Varieties of Peace” research project. This was followed by a year as a post-doc in gender studies at Örebro University before she was appointed as an assistant lecturer in war studies at the Swedish Defence University in January 2021.

"The idea of working at the Swedish Defence University wasn't really on my radar, but when I saw that Annick Wibben had been recruited aa s new professor and was planning to set up a research centre on gender, peace and security, I was interested and applied here. It's very exciting to work closely with the profession and to conduct critical feminist research in war studies. It allows for many new perspectives, which is useful."

The aim is to create an environment for research and education in gender, peace and security studies at the Swedish Defence University together with Annick Wibben, who holds the Anna Lindh Professor of Gender, War and Security, Associate Senior Lecturer Leena Vastapuu, and Ph.D. student Emma Fredriksson.

"My dream is to be involved in building a research centre that focuses on feminist critical perspectives on civil war", she says.

In addition to her work on gender, peace, and security at the Swedish Defence University, Jenny Hedström is also involved in a research project on how gender expertise is built up and operationalised in peace operations. The project is funded by the Swedish Research Council and led by Umeå University.

"The focus is on Myanmar, as well. We are looking at who is recognised and who matters in gender issues - who is being listened to and included?"

The project has recently published a research article examining the impact of the UN Agenda on Women, Peace and Security in Myanmar in the years of political reform preceding the military coup a year ago. The analysis shows that the women most affected by armed conflict have had the least opportunity to influence and benefit from the UN Agenda for Women, Peace and Security in Myanmar, and that international assistance has often helped to reinforce these patterns.

"Today, in the aftermath of the military coup, many international donors are rethinking past strategies and seeking new ways to provide aid without supporting the military regime. There is therefore a window of opportunity to find new ways to contribute to peacebuilding in a way that takes the knowledge and voices of women affected by conflict seriously, and this is crucial for a sustainable, and feminist, peace."

In order to make the research findings more accessible and useful to international donors the project has also published a policy brief based on the paper, and a book is in the pipeline.

Jenny Hedström also leads her own research project funded by the Swedish Research Council where she studies women's domestic work in armed conflicts.

"We should have started the work a year ago, but because of the military coup we have had to reschedule and broaden the empirical base. Instead of just looking at Myanmar, we are now focusing on women's work in rebel groups around the world. This March, we are organising a workshop with several international participants working on these issues."

How to ethically conduct research in a country that is in the midst of a full-scale civil war is something that Jenny Hedström has given a lot of consideration in the past year.

"Is it ethically right to pause the research when your colleagues and friends in the country are fleeing for their lives? Or is this the time to do research and gather different perspectives to make their voices heard? These are questions that have been on my mind a lot. Much of feminist research is about ethics, but I don't think the issue is raised as much as it should be in other fields."

She almost always conducts her research in the field, working qualitatively through interviews and collaborations with local collaborators.

"I have a research idea when I set out, but it is almost always changed by what I see on the ground, during the research process and in discussion with others."

How to conduct qualitative research digitally is another aspect she thinks about frequently, especially given the COVID-19 pandemic that has affected the possibilities of travelling and working abroad.

"Apart from the military coup, this has been the biggest challenge in the last two years. There is so much that you see on the ground that you miss when you do an interview digitally, for example", she says.

Over the years, she has worked closely with Burmese activists who have been part of the political opposition in the country, and she believes that there is a certain amount of activism in what she does as well.

"I consider my research to be political and I believe that it should be, but not everyone agrees. I’m of the opinion that it would be unethical to not get involved."

Some concrete examples of what she means by activism include working closely with the opposition in Myanmar and helping to build up the alternative education sector in the country.

When asked what motives her, the answer – curiosity – comes quickly.

"When something doesn't make sense, or when something is taken for granted that shouldn't be, I get interested and want to know more. The feminist perspective in my research is an example of that. It's frequently a question about power - what issues are visible, and not visible, and how power structures work. Politics and international relations are very much about power, and I think that feminist research is at the forefront here."

At the Swedish Defence University since: 2021

Hidden talent: I am a published poet.

I am happy to discuss: Feminist ethics.

My driving force as a researcher: Curiosity.