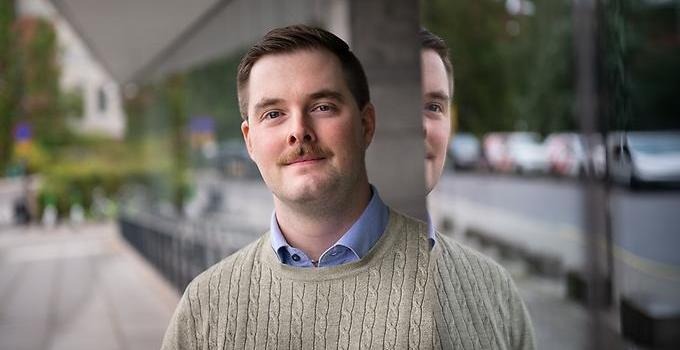 Although Emil Petersson does not have a military background he chose to conduct his doctoral studies at the Swedish Defence University. Events in South Ossetia thirteen years previously had shaped his career.

"The conflict between Russia and Georgia aroused my interest and a need to be able to understand and explain why war happens", says Emil Petersson

Following the fall of the Soviet Union there had been unrest in parts of Georgia between Russian-separatists and Georgian peacekeeping forces which finally escalated to a full-scale military conflict in 2008. The eyes of the world were turned to the breakaway republic where South Ossetian militia clashed with the Georgian army. The militia received rapid support from Russian forces.

Eighteen-year-old Emil Petersson followed the news on television from his family’s home.

He was aware of course that there were conflicts going on around the World, but this was Europe, and, there was something about it that made it feel close and more concrete. So close that Emil Petersson became absorbed in understanding the mechanisms which led to this particular armed conflict.

He began to consume all of the material that he could find about war.

"When it happened, I had just turned 18, and was too young to remember the conflict in the Balkans. It was the war between Russia and Georgia that prompted me to apply for peace and security studies at university", he says.

Found his academic base in War Studies

An internship at the SEDU brought war studies onto his radar.

"Researchers at the SEDU are interested in the same areas as I am. I didn’t have a clear area in focus until I discovered war studies for the first time. I had found my academic base", he says.

The more he studies, the greater his understanding of the complex mechanisms underlying armed conflict.

"In my view people often think there is a simple explanation. However, the deeper you dig the more you understand that there are many layers involved and that simple explanations are often inaccurate. You have to dig deeper in order to understand", he says. "Why for example were airstrikes used against the Libyan government while there was a delay on going in with ground forces? This can only really be explained by going back to the conflict between the West and Libya in the nineteen-sixties."

Would you say that you have become more or less conspiratorial since you began studying this?

"I would say I have become less conspiratorial. Conspiracies are often simple explanations of complex issues." 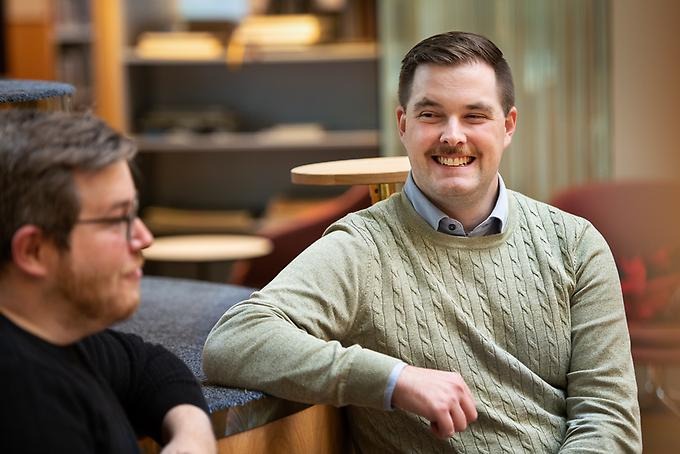 "Intervention dynamics are very important when it comes to understanding contemporary warfare. It is there, for the most part, that confrontations between states occur. Most existing research examines the major features and general effects. Perhaps, above all, the effect of intervention on the outcome. Do we see a negotiated solution or a military victory for one of the sides?""What I have seen is that there is a growing interest in pure battlefield dynamics, dynamics on a micro-level. You examine, not only the major trends but also the micro-level factors that have an effect." He goes on to say:"I find this very exciting. The field of war studies makes a real contribution here. There is already significant research into battlefield dynamics, operations and tactics which you can make use of to understand how intervention affects a conflict."

According to Emil Petersson a major part of the basic problem is that expectations are often unrealistic, or no real thought is given to what an intervention might lead to beyond military victory.

"Take Afghanistan for example, where a twenty-year intervention is now coming to an end. My colleagues from the officer corps who have hands-on experience of the conflict have observed that at times the operation lacked clear thinking and plans regarding the types of social changes the military operation should aim to scaffold and support", he says.

He believes that it is important to research this field in order to be able to conduct well-founded interventions in the future.

"I have quite a pragmatic view of war. There is nothing in my view that suggests that warfare will disappear as an instrument of policy. It is, therefore, important to understand how it can be used to achieve effects. There is value in truly understanding what happens when a foreign state intervenes in an internal conflict in another state", he says.