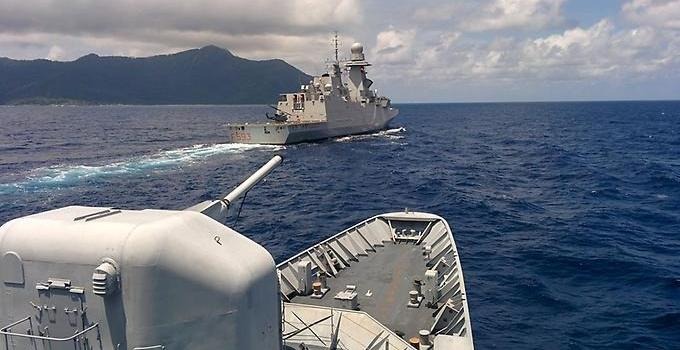 One article in the thesis evaluates how and to what extent the naval operation Atalanta succeeded in deterring Somali pirates in the Gulf of Aden and off the coast of Somalia. Photo: European Union Naval Force Somalia Operation Atalanta.

In his thesis Deterrence Games for the 21st Century: Representation, Theory and Evidence, Karl Sörenson takes a closer look at the concept of deterrence and examines the kind of knowledge we can gain when deterrence is analysed using gaming theory.

Deterrence, i.e. deterring an adversary from a pre-supposed action by threatening to use force, is a key concept in military strategy and it is important for understanding the strategic dynamics between nation-states.

"In general, deterrance is a difficult phenomenon to capture. There are many scientific models that describe it, but it is not entirely clear how they should be understood and used to be applicable. In my thesis, I study the kind of knowledge we obtain when we model deterrence using gaming theory", says Karl Sörenson. 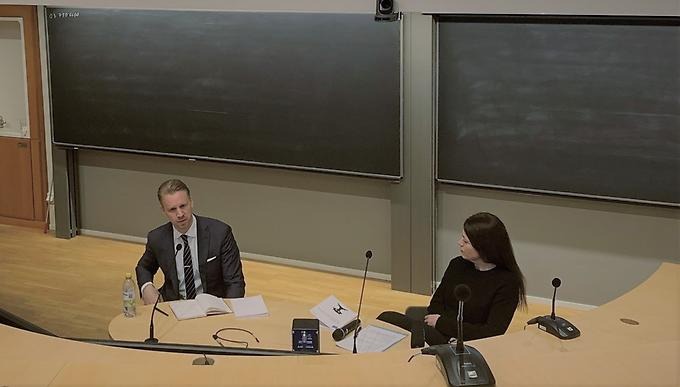 Karl Sörenson defended his PhD thesis at the Royal Institute of Technology (KTH) in May 2022.

There is a strong research tradition of studying deterrence using gaming theory. In his thesis, which consists of four different articles and an introduction, Karl Sörenson analyses what happens when the rationality assumption in the gaming-theory model is replaced by other assumptions and how different models can be compared.

"I believe that it may be appropriate to test alternative assumptions when analysing a specific situation. However, it is difficult to see how the deterrence theory stands if we do not apply a rationality assumption. That assumption places an outer limit on how players can potentially behave."

Evaluation of deterrence in Operation Atalanta

The fourth article in the thesis is based on an empirical case and assesses how and to what extent the naval operation Atalanta was sucessful in deterring Somali pirates in the Gulf of Aden and off the coast of Somalia.

The operation had the intended effect as the concentration of vessels and the size of the area of operation combined to make deterrence credible. However, the same effect was not achieved in the Somali basin. There, the naval vessels did not manage to concentrate their forces in the same way as in the Gulf of Aden and the deterrent effect failed to materialise.

"While working as an operations analyst in Operation Atalanta in 2010 my interest in deterrence was sparked. We were trying to understand how best to deter pirates from carrying out attacks. It is difficult to know how an operation aimed at deterrence should be designed to achieve the intended effect, and whether it is really the actions that are implemented that deliver effect. So my first step when I started my PhD was to analyse deterrence in this case."

Karl Sörenson argues that knowledge about deterrence is important for understanding attitudes, doctrines and strategies regarding nuclear and conventional deterrence.

"By modelling deterrence we are able visualize the interaction between two players and use the information to operationally assess and analyse a situation, particularly in the context of nuclear deterrence. Gaming theory is a tool for understanding conflict; however, it can also be used in planning and exercises such as war games, but it is important to consider exactly what we are looking for. Is the aim prediction, explanation or theorisation? When you know what you want to use the model for, gaming theory can be a powerful tool", says Karl Sörenson.