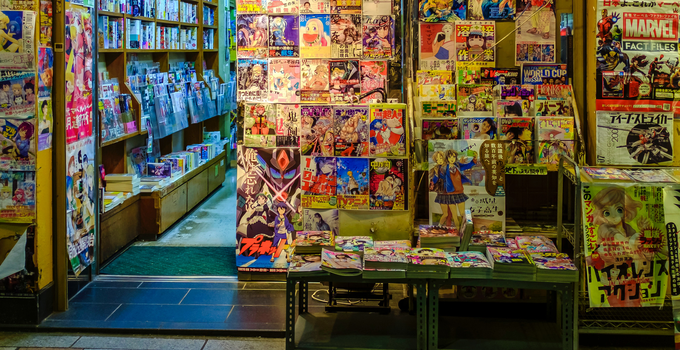 In a recently published article, researchers at the Swedish Defence University have studied how political activism is expressed by female ultra-nationalists in Japan. The results show that the women mobilise in a similar way to some feminist movements, and that their activism differs from the more male-dominated far-right activism.

"The idea for the article was born out of our interest in how Japanese women with views that fall outside the norm express their activism, what motivates them and what narratives underlie their engagement", says Dan Öberg, Associate Professor of War Studies.

"We wanted to gain insight into and understand a world of thought that not many people have studied", he explains.

In the article 'Female Nationalist Activism in Japan: Truth-telling through everyday micro-practices', recently published in the scientific journal Alternatives: Global, Local, Political, the researchers study female activism by analysing three different types of material. These include manga series by and for activists, autobiographies written by female activists, and a group interview with members of the Hanadokei Association, one of the major nationalist women's organisations in Japan. The researchers draw two main conclusions from the material:

"The most important common denominator is how the activism of these women differs from that of men. The women are interested in the same issues as the men, but their engagement is expressed differently", says Linus Hagström, Professor of Political Science and co-author of the article.

While men generally apply a more extrovert, militant and threatening rhetoric, women emphasise that engagement should be fun.

"The women's activities demonstrate similarities with Japanese popular culture and are manifested by crocheting small brooches with nationalistic symbols or singing nationalistic songs with children in parks. We are looking at seemingly insignificant everyday activities that offer a community where they can express their engagement", says Linus Hagström.

Parallels to the woke movement

Our second conclusion points to how the women mobilise in a similar way to women in some feminist movements.

"The activists are considered, and consider themselves, to know certain things to be true, simply because they are Japanese women and activism tries to draw society's attention to these. In that sense, we think there are parallels to the so-called woke movement", says Linus Hagström.

Right-wing activists in Japan are particularly concerned with issues related to the status of the Japanese emperor, Japan's role after World War II, and nationalism directed against China and Korea.

"Japanese right-wing extremism is not traditionally focused on reducing immigration as it is here in Sweden, but rather on relativising and justifying Japan's actions during the Second World War", says Linus Hagström.

Moreover, there is widespread hate rhetoric against Koreans in particular. The movement also aims to restore the status of the emperor, the status of Japan and address gender inequality between men and women.

"The most paradoxical thing about women nationalists is that they engage politically in movements that in many cases ultimately aim to limit their political involvement", continues Linus Hagström.

Hagström believes that their research fills a gap and contributes with new knowledge about female agency:

"There is a small amount of, albeit growing, literature on global female right-wing extremism to which our research makes a contribution through its focus on a recent case. We seek to understand female activism as a broader phenomenon and point to how seemingly small and insignificant acts can be significant."

"Such activism creates an everyday comfortable community for the activists, which "flies under the radar" as research tends to focus on the role of men", says Dan Öberg.

Project on Japanese women and security

The project is the result of an internal call for research at the Swedish Defence University with a focus on gender. The article is the last one of the project that has an overall focus on Japanese women and security.

"It has been exciting and has provided an opportunity to study areas that normally fall outside of our research", says Dan Öberg, whose main research area is military creativity.

Previous publication within the project