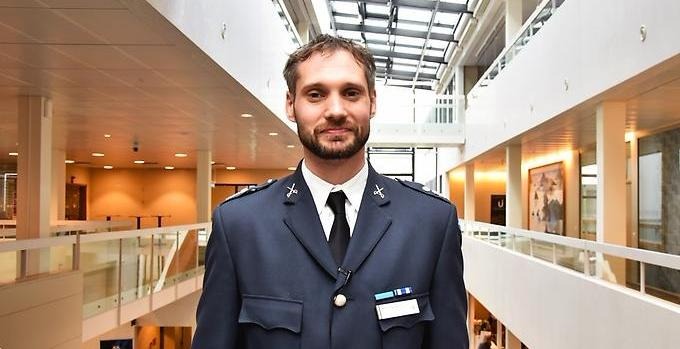 The intelligence services' assessments are influenced by the organizational culture

How do the rules and shared beliefs prevalent within an institution, as well as incoming stimuli, influence an individual assessment? Martin Bang examined these issues in his doctoral dissertation Military Intelligence Analysis: Institutional Influence.

Martin Bang investigated the 'institutional influence' on threat assessments conducted by Swedish military intelligence. Here, the term 'institution' refers to the intelligence organization itself, but also the social and cultural context in which it is embedded. In particular, Martin Bang explores the affect that the institution's expressed and unspoken rules (rules-in-use) and belief systems have on how individual intelligence analysts perceive a certain situation.

"In the worst case, an institution's prevailing worldview can completely mislead efforts and have fatal consequences," said Martin Bang, referring to the classic example of the Yom Kippur War when Israel misjudged Egypt's ability and willingness to launch war against, what on paper appeared to be, a clearly superior military opponent.

Martin Bang is, himself, an intelligence officer and analyst and thus part of the institution he investigated. In his other role as researcher and teacher at the Swedish Defense University, he has been able to consider different analytical approaches that could be applied to intelligence work.

"It is often difficult to question fundamental assumptions within an organization and to systematically apply an alternative hypothesis. The intelligence service has attempted to use different models in efforts to think outside the box. For example, a 'red team' can be tasked with playing the devil's advocate, but sometimes it's hard to question certain assumptions simply because we cannot comprehend the fact that they are indeed assumptions and not facts. Another challenge is how to deal with completely different assessments. Clearly, the intelligence service needs to assume a more critical approach to its own knowledge testing and focus more on structured analysis," said Martin Bang.

Silent knowledge within the intelligence profession

Intelligence as a phenomenon is simply based on a knowledge model derived from the information technology. The main premise is that the more data and information we collect, the more knowledge we can produce. Data and information are collected and then analyzed so that they can be used to support decision-making. Martin Bang believes that in general the methods used by an institution are not explicitly known but rather there is a large body of silent knowledge that is unconsciously filtered throughout the profession.

"The group who worked entirely on its own deviated the most from the previous threat assessments. The work from the other two groups was very much in line with the previous assessments upon which they drew heavily. But what actually surprised me most was the fact that in the two latter groups they were reluctant to lower the threat level and in fact most of them recommended raising it. Probably you have a built-in tendency to raise the threat level by motivating your decision with the 'better-safe-than-sorry' strategy," says Martin Bang.

As an intelligence officer with personal experience from missions in Afghanistan, Martin Bang knows that threat assessments significantly affect how people perceive risk and influence their behavior.

According to Martin Bang, it is nearly impossible and inexcusable with today's extensive information flow to start each threat assessment from scratch. However, he calls for increased awareness of how previous work can influence threat assessments and for greater transparency about what methods are actually used and how conclusions are made.

Martin Bang is still very much interested in these kinds of research questions, and his plan is to continue researching and deepening his knowledge in this area.