A Woman's Place in War Studies

When Annick Wibben became the newly inaugurated Anna Lindh professor for Gender, Peace and Security at the Swedish Defence University in Stockholm this year, she made some historic firsts. She may be the first professor in gender, peace and security studies in an institution that educates both military and civilian students. She will certainly be the first female professor to join the department of War Studies at the Swedish Defence University.

However, this is not the first time that Annick Wibben, a critical feminist security studies scholar, has found herself at the cutting edge of her field.

Trained in Germany, Finland and Wales, Wibben has been instrumental in developing the field of feminist security studies over the past decade. She has helped build a network of researchers focused on issues of security, peace, war and more from a feminist perspective. Her first book, Feminist Security Studies: A Narrative Approach (Routledge 2011), has become a key text in the field. She has also been involved in a newly created Feminist Peace Research Network and contributes to debates in critical military studies and feminist foreign policy.

Critical feminist research requires delving into how gender colours all interactions in society. And the context of place and time informs what questions might be asked and who might ask them. ‘There are always profound silences that cannot be addressed,’ Wibben says, ‘or addressing them can endanger the livelihoods of people.’ Feminist scholars worry about the ethical implications of their research and are keen to develop methods and politics that take these concerns into account, an issue addressed in a 2016 volume Wibben edited, Researching War: Feminist Methods, Ethics and Politics.

Wibben considers herself first and foremost as an educator, and her research and teaching inform each other. She recently described how she saw a need to revise the way she has taught a class on the Politics of War and Peace, after her students seemed unable to even imagine that lasting peace, or even just a weapon-free society, could be possible.

Toward the end of a semester of teaching war, she recalls asking her students, ‘How are you going to get to peace?’ ‘And the students responded, “we can’t get to peace”, because I had slammed them with war and violence for weeks on end’, she says of her experience at the University of San Francisco in California, where she has been professor of politics and international studies for the past 14 years.

She decided to flip the course on its head: ‘I now start with peace and have them create a utopia and we talk about what would peace look like’. After exploring these ideas, the students tend to question more traditional strategic and war studies literature, with responses like, ‘That makes no sense, how are we going to solve conflict this way?’ ‘It’s really fascinating,’ Wibben says.

Annick Wibben during her inaugural lecture at the Swedish Defence University.

This shift in pedagogy reflects of critical feminist peace research, an emerging field that Wibben and her colleagues are revitalizing. Feminist scholars pay attention to the everyday, what women – and men – do and how this shapes and is shaped by understandings of who is peaceful, what security means and more. Women are not the ‘peaceful gender’. While some feminist researchers have long questioned women’s simplistic association with peace, this association has now been thoroughly debunked, but at the same time some activist and policy circles continue to hold onto that notion.

At the same time, as Wibben also pointed out in her inaugural lecture at the university in January, ‘Of course there are many women fighting for peace’, Wibben says. ‘Notice I said “fighting”. There are women who are peacemakers, and women play that role historically in families, … but there have also been links established between mothering and aggression; women support for nationalist ideals and militarist ideas.’

Reducing women, and for that matter men, to only one role or perspective ‘limits our understandings of peace and security’, Wibben says. Women are so-called Gold Star mothers – women in the U.S. who have lost sons and daughters in military conflicts. They are also the Mothers of Plaza de Mayo, marching for the people ‘disappeared’ by Argentina’s dictatorship in the 1970s and 1980s.

Women absolutely need to be at the table for peace talks, in times of violence and war, Wibben says. As Margot Wallström, Sweden’s Deputy Prime Minister and Minister of Foreign Affairs, noted in her introduction and discussion in January welcoming Wibben to the Sweden Defence University, women played a crucial role in the Colombian peace talks that led to an accord in 2016. Women’s organizations pushed to be at the negotiations to include gender perspectives. But women often also pay attention to other issues, like the environmental impacts of war and conflict that will affect farming – which is often ‘women’s work’ – and more.

"One of the things to remember is that a lot of politics happens in the everyday", Wibben says, not just at the negotiating tables and on the battlefield. Women bring different perspectives to the table, many of them informed by their everyday experiences, which can differ quite dramatically from those traditionally acknowledged in peace talks.

Room for a different view

While Wibben has always been interested in gender and women’s rights, she was not always a researcher of war. She developed an interest in foreign policy, considering a career in the diplomatic service while she was a student in a bilingual French-German school in West Germany, before the fall of the Berlin Wall. In the 1980s, global politics included the anti-nuclear weapons movement, transnational activism against Apartheid in South Africa, and solidarity with Latin Americans suffering under dictatorial regimes – all of which shaped her views as a young person. 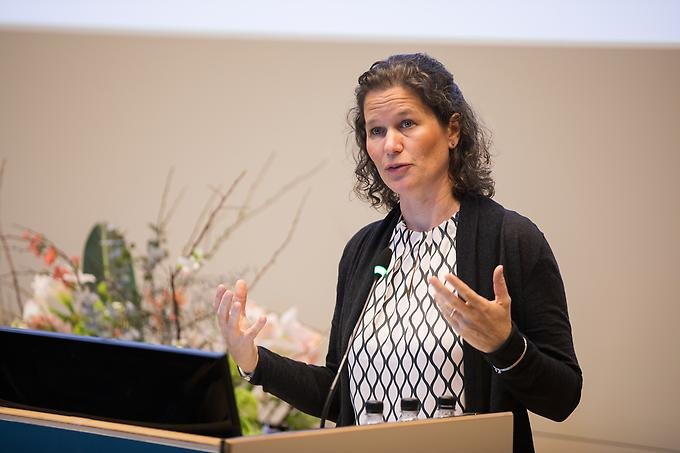 Currently her main research project focuses on the U.S. military, with particular attention to the intersections of race, class, sexuality and more, and where women officially had been barred from direct ground combat until 2013. ‘While we speak of the recent lifting of the combat exclusion, we have to question what “combat” has meant and how those definitions have shifted, because arguably women have served in combat’ in U.S. war zones from the beginning of the country’s history, Wibben says.

More specifically, women in the U.S. Air Force have been fighter pilots since the early 1990s. So the recent decision to rescind what’s called the 1994 Direct Combat Definition and Assignment Rule only opened up the last set of combat positions that had been closed to women. What happened to make this change possible? What does allowing them to fight now tell us about the U.S. military and U.S. society?

The U.S. military has provided material for Wibben’s research over the past several years: the many-branched organisation is huge, with complex interactions – funding, politics – swirling around it. With the move to the Swedish Defence University, she plans to shift from a heavier teaching load to more research, including projects on sexual violence in the U.S. military’s ranks and on how U.S. servicewomen make sense of their experiences.

In the past few years, American politicians such as Congresswomen Jackie Speier and Kristen Gillibrand have shed light on the issue. With more exposure, more and more women in the military have come forward to report harassment, rape and other forms of sexual violence – and so have men. In fact, Wibben points out, the percentage of women reporting and experiencing these events may be higher – 80% report sexual harassment and about a third, sexual assault – but the absolute number of men affected directly by sexual assault is larger, because there are simply more men in the military.

As the Anna Lindh Professor of Gender, Peace and Security, Wibben now has an opportunity to bring a critical feminist perspective to foreign and security policy questions within a military-affiliated institution. ‘When do you ever hear about a critical feminist scholar at a defence university?’ Wibben says.

Creating this unique position started with a discussion between Robert Egnell, head of the university’s department of Security, Strategy, and Leadership, and Foreign Minister Margot Wallström, whose work with the United Nations as a Special Representative on Sexual Violence in Conflict led her to champion Sweden’s Feminist Foreign Policy since 2015 and her interest in furthering research into Gender, Peace and Security.

Wibben will hit the ground running, with a PhD student already enrolled, and rejoin a strong community of feminist scholars in the Nordic region. As she builds a research cluster in Gender, Peace & Security, she says, ‘I’m curious about having that conversation with policy makers, practitioners, activists, and academics, both in terms of supportive relationships. But I also see my role as an academic as pushing all of us to thinking deeper and holding each other accountable.’