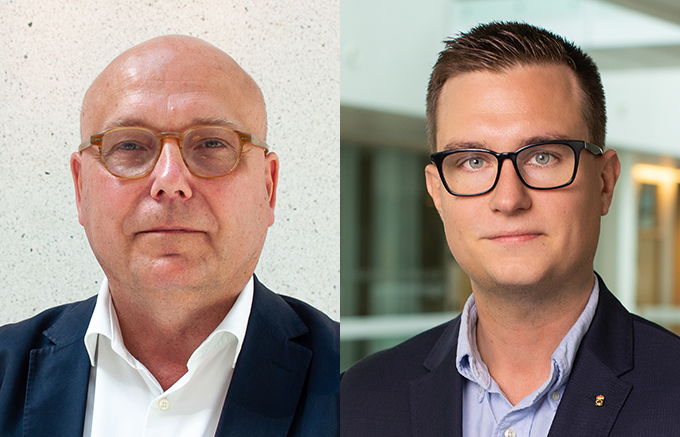 The Swedish Defence University's studies on Salafism and Salafi-Jihadism

The report point to multiple overlapping contacts between Salafi-Jihadist individuals and milieus. What is more, numerous prominent Salafi preachers seem to divide their da’wah (preaching) across different geographical areas, choosing to appear in the same mosques, associations and lecture circuits.

"We can see that the Salafi-Jihadi milieus continue to grow underground in several locations across Swedish communities. Our study provides a unique overview of what these environments look like and how they have developed over time. At the same time, Salafism grows stronger in certain deprived areas such as north-eastern Gothenburg. Salafi influence in these areas is chiefly aimed towards other Muslims, particularly women and young people. We believe that Salafi propaganda has contributed to more Swedes travelling to Syria to join Jihadi movements", says Magnus Ranstorp.

Salafism and Salafi-Jihadism in Swedish cities

One of the purpose was to find out how authority representatives in Swedish cities such as Halmstad, Stockholm, Gothenburg, Borås and Västerås experience Salafi and Salafi-Jihadi influence. The authors began by observing the most hard-line violence-promoting environments followed by their social networks. Around 70 interviews were carried out with representatives from different government agencies such as the police, social services and local municipalities, as well as representatives from civil society. Public records and Salafi presence on social media are also part of the collected material.

"Some Salafi groups use social media, lectures with preachers and collaborations with foreign organisations to spread their message. Many of those we have spoken to in the study have expressed concern over Koranic schools with emphasis on Wahhabism and anti-democratic norms, for example in Gothenburg", says Magnus Ranstorp.

Even though many Salafi preachers spend quite some time on uncontroversial topics, the report shows that there are recurring messages about women, homosexuals, Jews, non-believers and not being integrated into Swedish society. This type of disinformation can actively add to the promotion of intolerance, discrimination and hate messages towards other groups, particularly against Jews and Shia Muslims. One exception is the so-called Järva Salafists who are considerably less confrontational towards Swedish society and who with reference to religious texts clearly preach a distancing from acts of violence.

"Salafist missionaries are very active on social media. Foreign government reports and research show that the Salafist ideology can constitute a breeding ground for Salafi-Jihadism. There is a fundamentally anti-democratic stance within Salafism, since the adherence to God and God’s laws is the only permissible. Therefore, it is important to analyse what Salafi messages and influence operations dominate in Sweden, in order to prevent anti-democratic influence", says Magnus Ranstorp.

There are great knowledge gaps in the area and the Swedish Defence University’s studies aim towards a broadening of the understanding of messages and influence operations within these environments. At the same time, Magnus Ranstorp calls for more cross-disciplinary research initiatives within the field such as:

Salafism is a branch within Sunni Islam that seeks a return to Islam as practiced by the first three generations of Muslims after the prophet Muhammed. Salafists oppose all change, deviations or innovations in religious interpretation and reject the four Sunni schools of law. Salafists make a binary distinction between believers and unbelievers and between what is halal (allowed) and what is haram (forbidden). All Salafists are not Jihadists, but all Jihadists are Salafists.

Salafism and Salafi-Jihadism has developed over time in Sweden. Some notable events from within the Swedish Salafi-Jihadist environment is the extensive travelling to Jihadist groups in the Middle East, as well as the terror attacks on Drottninggatan in Stockholm in 2010 and 2017. In addition to what has hitherto been visible for the public, several other things have happened in these environments. The Swedish Security Service has noted that the violence-promoting Islamist milieus have increased tenfold in less than a decade. This increase reflects the emerging radical groups that the report describes.

Between Salafism and Salafi-Jihadism – Influence and challenges for Swedish Society