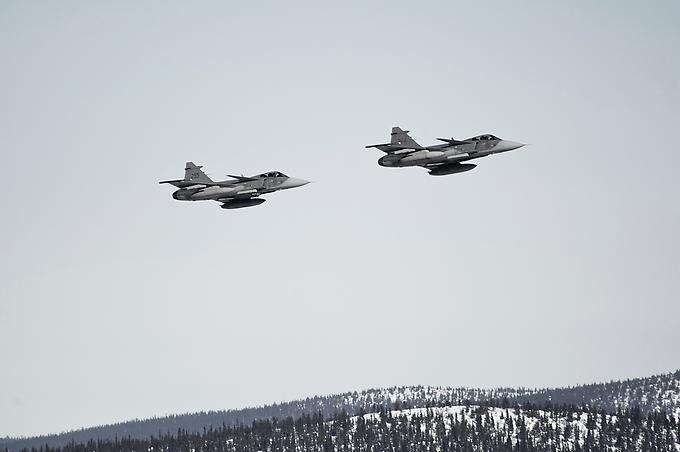 How do you create a model of the interaction between a radar and an aircraft in an operational context? So far, the only available measurements and calculations have been made in laboratories and on stationary aircraft. Photo: Johan Lundahl / Swedish Armed Forces.

In his doctoral thesis, Björn Persson sets ajar the door to one of the most secret rooms in military technology: the ability to make oneself hard to detect, commonly known as stealth.

It was the Soviet scientist Pyotr Ufimtsev’s work in the 1960’s that paved the way for modern stealth aircraft technology. His findings deemed to be of no significant military value, he gained permission to publish his research internationally. However, a stealth engineer at Lockheed thought otherwise and quickly realised what a goldmine he had stumbled upon. Expanding on Ufimtsev’s equations for predicting the radar cross-section (RCS) of aircraft, Lockheed began to draw up the design of the world’s first true stealth aircraft, the Lockheed F-117 Nighthawk. During the Gulf War in 1991, the F-117 was able to fly relatively unimpeded through one of the strongest air defences of the time. 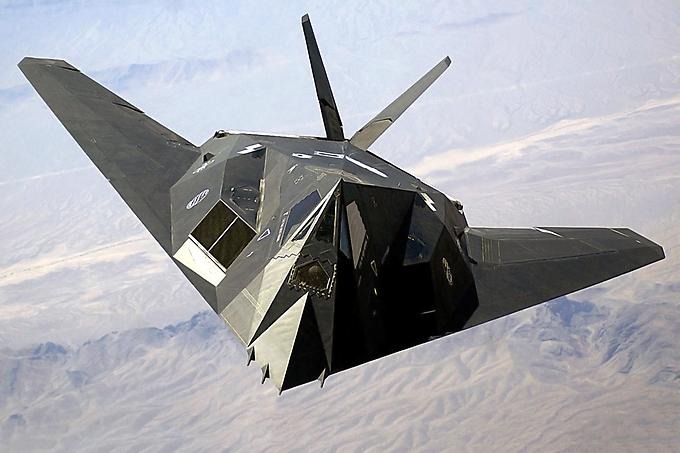 From reality to model

Naturally, military organisations and aircraft manufacturers perform RCS measurements on their own aircraft, but for good reason, the RCS data are often classified. Although necessary in order not to fall into the wrong hands, this also means that researchers from outside the organisation are unable to give their view, which in turn limits the advancement of knowledge. In his doctoral thesis, Björn Persson has made available the RCS data from two experiments, one of which involves an SK 60 trainer aircraft. In contrast to what is usually done, Persson has gone from reality to model.

"When the plane approached the radar station the signal changed, as expected. But we saw other deviations that cannot be explained through the position of the aircraft in relation to the radarW, says Persson.

"Probably we are dealing with vibrations in the hull as aircraft are relatively flexible constructions. In the open access literature, hull vibrations have merely been suggested. If these play as big of a role as the position of the aircraft this is something new entirely."

The research question is about the modelling of the interaction between air defences and aircraft penetrating those defences. There are measurements and calculations that have been done in laboratories as well as on stationary aircraft.

"If you succeed in building a model that is operationally relevant, how will it then be used", says Persson.

"What consequences does it entail for a country’s own air force and air defence? If it is possible to make a model with an aircraft and a radar, what will then happen when there are many targets that have to be defended, many radar stations and many airplanes?"

Persson has elaborated on a thesis by Martin Norsell that dealt with how a pilot chooses their route to avoid detection when approaching radar.

"It was Norsell and Marcus that got Vinnova and the National Aeronautics Research Programme (NFFP) interested in the project. I thought it sounded interesting and applied for the position. Without this financial support, there would not have been a thesis", says Persson.

An aircraft is a compromise

A stealth aircraft is not always as invisible as many people might think. All aircraft are the result of compromises. In order to build an aircraft that is hard to detect, you have to abandon other features. The plane cannot carry external loads and often has poorer performance. But even a stealth aircraft has to compromise its stealth capabilities at certain angles, in order to become hard to detect in others.

It could be a matter of small deviations from a specific course that can make the aircraft reveal itself to the radar. In his thesis, Persson has compared four different types of course deviations among aircraft and his results show that there are clear uncertainties in the flight paths of the aircraft. A small sports aircraft wobbles the most, as expected, while airliners and fighter aircraft keep their course relatively well. But at low altitude the ride is often shaky and it is at that altitude you want to sneak up under the radar.

"You always have to put measuring results in comparison to operational demands. At certain angles, stealth aircraft can even be more visible on radar than regular aircraft. Because of this, it is crucial that the pilot knows about the weaknesses of the aircraft and is careful not to turn its bad side to the radar, which is why the pilot also needs to know where the radar is. There are many things to keep track of and decisions need to be made within the blink of an eye. Here, a partially automated decision-making process might reasonably be required and in order to create this, you must have models to start from."

Björn defended his thesis at the Royal Institute of Technology in Stockholm May 13th 2016. The thesis is about the evaluation of the radar target areas on aircraft, which is a measurement of how easy a target, e.g. an aircraft, can be detected on radar.

Development of defence and security systems is an interdisciplinary, international Master’s programme at the intersection of social sciences and engineering. The programme has been developed in close collaboration with public authorities and companies in the defence and security sector in order to provide you with knowledge about how technical systems are integrated with people and organisations.