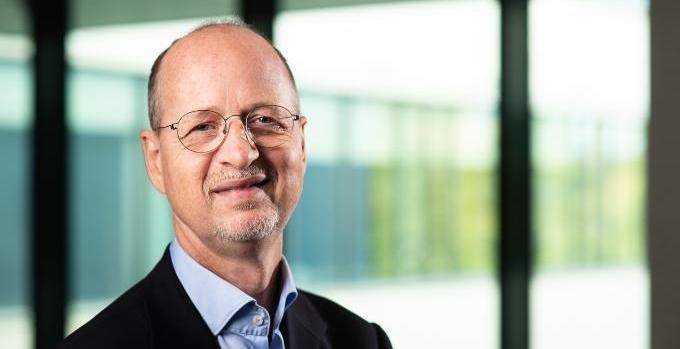 Kjell Engelbrekt has conducted research in the areas of European security policy, transatlantic security and superpower diplomacy. His current research focus is to evaluate Sweden's role in the UN Security Council in 2017-2018.

Kjell Engelbrekt, Professor of Political Science at the Department of Political Science and Law, describes himself as a jack-of-all-trades. His research ranges from European security policy to transatlantic security and superpower diplomacy. Fluent in Bulgarian, he has recently published a book on the Bulgaria’s democratic institutions 30 years after its first democratic elections. He is currently working on an evaluation of Sweden's role in the Security Council in 2017-2018.

"The project is due to be reported to the government in mid-December, so my days are busy", he says.

In the eye of the storm

His interest in European security policy started in the late 1980s and early 1990s with the fall of the Berlin Wall and the dissolution of the Soviet Union.

"At the time, I was working as a researcher and analyst at a think tank-like research institute in Munich. The institute also ran a radio station - Radio Free Europe - which broadcast news untainted by the communist lens across Central and Eastern Europe."

Kjell Engelbekt had studied Slavic languages and Eastern European studies and was able to follow the political process in real time.

"I was in the eye of the storm and I don't think I will ever experience anything more fascinating."

His thesis, which was recently published in a new edition, is a comparative analysis of two Nordic countries - Sweden and Finland - and two countries in south-eastern Europe - Greece and Bulgaria. The study focuses on how the countries changed their security policies after the dissolution of the Soviet Union and the fall of the Berlin Wall.

"I studied 33 months of change in these countries, which allowed me to provide insight into what was happening to the security order of Europe as a whole."

European security policy still forms the basis of his academic work, but his perspective has broadened.

"For example, I am commissioned by the Swedish Department of Defence to monitor transatlantic security, that is, the security and defence relations between the U.S. and Europe. Last year, I wrote about nuclear doctrines, while this year, we are taking a broader approach to what could be referred to as a "strategic ambivalence" in transatlantic security."

It is mainly about the changing role of the US and the ambivalent signals that came from the Trump administration, which in turn have led to European uncertainty.

Another area of research is superpower rivalry and diplomacy, where Engelbrekt analysed the work of the UN Security Council and the collaborations among the countries that make up the G7, G8 and G20.

"I worked on this in 2010-2015, and it resulted in a book with Georgetown University Press. Among other things, I looked at how the dominant political and military powers conduct diplomacy and what strategies they use in the Security Council and other arenas."

He also studied the NATO operation in Libya in 2011, where Sweden participated.

"It was an opportunity not only for collaboration but also to collect experiences from the operation. So we put together a group of teachers who teach security policy, strategy, special forces, air and naval operations here at the Swedish Defence University and collaborated with international researchers, which resulted in a book."

"Superpower rivalry and diplomacy is one of the main research interests that I hope to continue to pursue in the future, alongside transatlantic security."

He also hopes to find time for a side project on the history of political thought.

"Since living in Munich in the early 1990s, I have been fascinated by the Central Europe of the 1920s and 30s. But this area is on the back burner at the moment. Maybe it will be a project I can dig into when I retire."

On my free time: Mountain hikes in south-eastern Europe, with family and friends are a favourite.

Hidden talent: As a teenager, I played with musicians who are now international jazz profiles. But ‘former talent’ is a more apt description...

I like to discuss: But with no time pressure. That is when the most interesting, original argumentation takes place.

My driving force as a researcher: Curiosity. That’s all it takes.