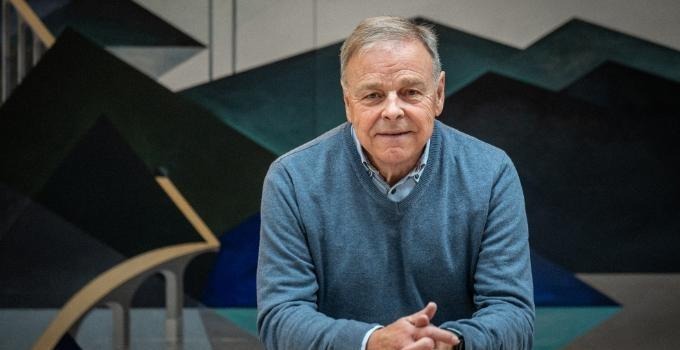 Gerry Larsson’s research mainly focuses on leadership and leadership development. He is the man behind a widely used leadership model known as Developmental Leadership, which has been used by the Swedish Armed Forces since 2003. Right now, he is working on a new cognitive assessment test for the recruitment of conscripts.

“It’s kind of fun to return to this and see how I can contribute today,” he says.

It is hoped that the new assessment test will be ready for use in two to three years.

“We've been delayed due to the coronavirus pandemic. We need to test the new questions we are developing, and since enrolment takes more time now, there’s a bit of a delay before we’ve obtained a test volume large enough.”

Over the years, Gerry Larsson’s research has mainly focused on leadership and leadership development.

“I’ve wanted to help individuals become better leaders, and have also focused on stress and leadership under stress. I’ve looked at how one handles stress and traumatic stress from an individual crisis perspective, as well as a management perspective.”

Something that he feels benefits his research is that he has himself been active as a manager, including as the Pro-Vice-Chancellor of the Swedish Defence University during the years 2004-2009.

“Testing leadership in real life gives you a deeper understanding of managers and their hardships, even if I feel that I’m personally better suited to be a professor than a manager.”

He has done many studies over the years and Gerry Larsson confirms that he is now up to around 840 scientific publications. He is also the man behind the successful leadership model – Developmental Leadership – which has spread to a large number of municipalities, regions and companies in Sweden during the past 20 years.

“In 2003, the Supreme Commander at the time, Johan Hederstedt, decided that it should be the Swedish Armed Forces’ leadership model, and it still is. It has become a national and, in part, also an international success.”

The model builds on an international leadership model – Transformational Leadership – which Gerry Larsson and his colleagues refined and adapted to Swedish conditions.

“We met the creators of this model, which is still the most written about in key scientific journals, and learned it from the ground up. Then we adapted it to Swedish conditions and have continued to refine the model over the years so that it’s close to the leading edge of research.”

Developmental Leadership is characterised by the leader serving as a role model and highlighting issues regarding morals and ethics, and acting based on a clear set of values. It is also about personal consideration, contributing to commitment and participation, but also having the courage to make unpopular decisions when necessary.

According to Gerry Larsson, the main reason that the model has become so popular is that it is based on science, in contrast to many other leadership models.

“Then, my former colleague Ann Zander, and now Louise Alerfors, were super professionals in terms of transferring the research to education, which is also significant.”

The plan moving ahead is to continue writing and supervising doctoral students as long as his health permits. Besides the work on the new cognitive assessment test for the Swedish Defence Recruitment Agency, he has a new book on the way about everyday stress that will come out in spring 2021.

“When I studied psychology, I thought that I would become an individual therapist and have a big influence on a few people. I didn’t, but it feels very meaningful to have contributed to influencing many people to some extent in any case.”

Current with: An upcoming book on everyday stress and health, and the celebration of our colleague Alicia Ohlsson who became my 17th doctoral student to earn her doctorate on 21 October 2020!

When I have time off: Ten grandchildren and golf.

I like to discuss: Politics, stress and health and the development of the golf swing over time.

My driving force as a researcher: The freedom to personally create something within applied research where the challenge is to both make academia pleased and to develop findings that are used and appreciated by many.