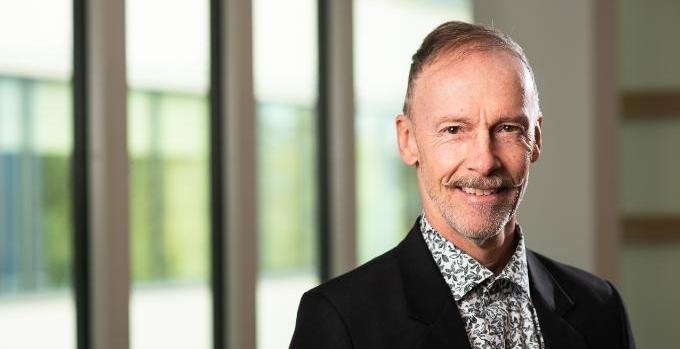 One of Peter Thunholm's driving forces is to find new solutions that can improve the Armed Forces' operations, and his research has, among other things, laid the foundation for a new planning methodology and a model for doctrine development. Another issue close to his heart is attracting more officers to the doctoral program.

In addition to being a Professor of military science at the Swedish Defence University, Peter Thunholm is also an Army Lieutenant Colonel. And it was his experience of the officer profession that sparked his interest in research. The planning methods that he learned during his training proved difficult to apply in real life.

"It wasn’t possible to apply what we had learned, because then you never finished in time. Since it didn’t work, you started doubting yourself and you began to feel insecure."

That experience made Peter Thunholm start thinking about how to change the planning methodology to work better.

"When I wrote my thesis during the Higher Staff Programme, I investigated how experienced managers made decisions in real situations and how instinctive processes influence this. I thought I was onto something and saw how we should do things instead."

In order to be able to start the doctoral program and move on to developing a new method for planning at a tactical level, he had to study for a Bachelor's degree in psychology in three terms.

"It was one of the toughest things I actually did. During the last term I took two full-time courses while working part time as a project manager in the Armed Forces."

But it went well and Peter Thunholm began his doctoral studies in 1998. In 2003, he defended his dissertation, which became the basis for the Armed Forces' new planning methodology.

"The Armed Forces today uses this new methodology - planning under time pressure - at the platoon level in the Army, Navy and Air Force."

The fact that professionals start to think about problems they encounter in their work and find new solutions increases the legitimacy of the proposed measures, says Peter Thunholm.

"There is a greater chance that it results in something that the organisation perceives as useful then", he says.

After the dissertation, he went on to look at how staffs and managers work together to lead in existing hierarchical models. For many years he collaborated with research groups in Singapore.

"In the early 2000s, Singapore was a so-called desirable partner of the government, partly because they bought much military equipment from Sweden. As small states with geographical proximity to great powers, there are many similarities between the countries and it has been an interesting collaboration."

Another area of ​​research is doctrines and doctrine development. Here Peter Thunholm has developed a model for Swedish doctrine development that is based on international research on how countries with more war experience than us work with these issues. The model was adopted by the Swedish Armed Forces' Headquarters, which now uses much of it in its operations.

"It happened that they were reworking their doctrine development process just when I submitted the final report after a three-year project, so it was just what was wanted."

Today, his research moves more towards issues that examine ground combat tactics. He has just published an article together with doctoral student Lars Henåker which is about practical theories for winning in battle even though you are weaker than your opponent. The research is adapted to Swedish conditions, and a driving force is still to try to improve the Armed Forces' operations.

"I think it is very important to research something that is useful."

More officers in the doctoral program

Another motivation is enticing more officers to embark on a research path.

"I was responsible for describing the subject of war studies so that we could be accredited at the research level in 2016, and I have been involved in the process of recruiting doctoral students since 20111. Even today, I think that is the most important thing I do."

How do you get officers to choose a research career?

"An important aspect is to find those who like to write and do so successfully. For a few years now we have had essay courses in the higher officer programme, and we usually contact those who write well to suggest that they apply for research studies. Sometimes there are some who are interested, and they often do well compared to civilian students."

In my spare time: I like to work out.

Secret talent: On special occasions I sing songs by Taube and Bellman.

My research motives: To do something that has a practical application.