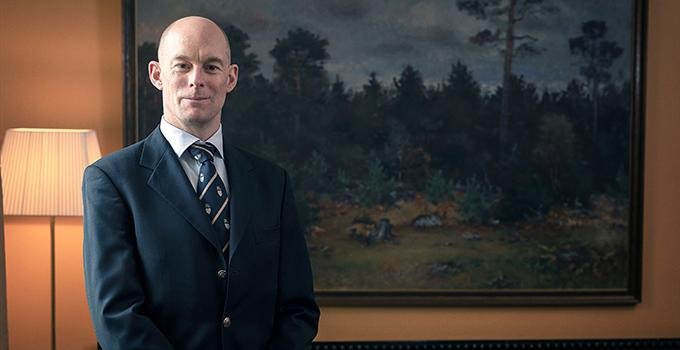 Peter Haldén is Associate Professor and Senior Lecturer in war studies at the Swedish Defence University.

Peter Haldén works at the Department of Security, Strategy and Leadership at the Swedish Defence University. He receives the award for his book "Family Power: Kinship, War and Political Orders in Eurasia 500-2018", published by Cambridge University Press.

"In his book, Haldén analyses how kinship - which has traditionally been considered to be in opposition to modern political order - was in fact central to the emergence of the modern state system where kinship and state rather developed in symbiosis. His ability to relate to both empirical results and previous research in an independent and creative way is exemplary. The extensive comparison in time and space has resulted in bold and independent conclusions. “Family Power” is an academic feat of strength that contributes with new insights into both old and new ways of conducting politics."

“It will probably take a while before this sinks in. It is a real honour to receive this award in tough competition and being recognized by other scholars . I also feel very grateful to my colleagues and superiors, like Jan Ångström, Stefan Borén and Carl van Duin. It’s wonderful that this kind of research, which operates in the borderlands between different subjects, is noticed”, says Peter Haldén.

In the book, Peter Haldén examines how stable political systems have been dependent on family networks and on the idea of kinship as the bearer of legitimate political order.

"To understand international politics and war in the history of Europe, the Middle East and Central Asia, one must put elite family networks at the centre of things. My research shows that state-building processes rest to a much greater extent on cooperation between family networks than on monopolies of violence and oppression, which are often associated with the core of the state", he says.

"The Hugo Raab Prize is important for the Swedish Defence University since it draws attention to our scientific publications. External experts review publications nominated by the departments. This year, the competition for the prize was particularly hard and the reviewers pointed out that all nominated publications were of very high quality. It is very gratifying that Peter Haldén receives the award for his original publication", says Malena Britz, Pro Vice-Chancellor and Head of Research at the Swedish Defence University.

The Hugo Raab Award is awarded annually to a researcher, teacher or student at the Swedish Defence University who has published one or more scientific publications of exceptional quality over the past three years. The recipient received a SEK 25,000 cash prize and a medal.

New study on narrative-based influence operations Influence operations can be effective even when the disseminated message is not logical or consistent with the recipient's previou...
How scientific ideas are reflected in practices of war The second edition of Antoine Bousquet’s book The Scientific Way of Warfare: Order and Chaos on the Battlefields of Modernity h...
Information operations of influence have less impact than we think In a new review article, Claes Wallenius, Senior Lecturer in Leadership and Command and Control at the Swedish Defence University,...