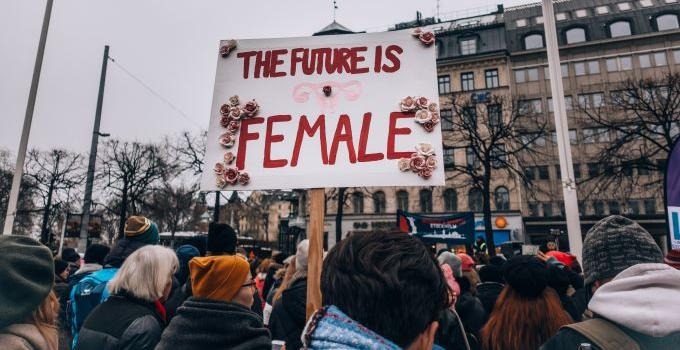 Feminism seen as a security threat

Swedish people consider authoritarian ideologies to be a dominating source of concern. This is a key finding in a recent study that examines how perceptions of security threats are linked to ideology, trust in media and authorities, and demographic variables, among other things.
“What stands out is the clearly defined group that opposes feminism to the extent that they see it as a security threat”, says Eva-Karin Gardell.

In their study, researchers at the Swedish Defence University have analysed how Swedes perceive different types of security threats, ranging from established questions on military activity to perceptions on immigration and feminism.

“We examine how these threats are related to ideological preferences, trust in the media, authorities and politicians, as well as demographic variables”, says Eva-Karin Gardell, Professor of Political Science at the Swedish Defence University.

12% of men see feminism as a threat to security

The results of the study show that concerns about different types of security threats are mainly linked to authoritarianism. In line with Eva-Karin’s expectations, immigration emerged as a relatively new threat. What was more surprising was that 12% of men, and 4% of women, see feminism as a security threat.

“The study's findings are very much in line with previous research on the global radical right, but what is noticeable is the clearly defined group that opposes feminism to the extent that they see it as a security threat in a Swedish context”, she says.

“This is particularly surprising, given that Sweden is seen as one of the most gender-equal countries in the world, and has a government that pursues a feminist foreign policy.”

However, Gardell stresses that the study did not look at how, or why, this group sees feminism as a security threat.

“One could speculate that it's an anti-elitist stance, or that the participants are influenced by far-right parties who put forward ideas that women are a security threat because they're more likely to seek consensus, and less likely to resort to military force, but we don't know”, she says.

The study was conducted as an online survey with 3,000 respondents. Participants aged 16 and older were randomly selected as representative of internet users in Sweden. The data collection was conducted over two weeks in June 2018.

The analysis reveals four groups with different views on security threats. At one end of the spectrum is a group with anti-immigrant, anti-feminist and anti-egalitarian views. At the other end is a group that believes in equality and tolerance, and which trusts in society's institutions.

“The first group, which we call ‘radical right’, is concerned about terrorism, immigration and feminism, and has low trust in the media and established institutions. The group consists mainly of slightly younger people, mostly men, who are also relatively more active online”, says Eva-Karin Gardell.

The second group – ‘conservatives’ – includes a greater number of retired people living in smaller towns or rural areas. They are worried about immigration, but also terrorism, traditional military threats, and the situation in the world at large.

“They don't distrust the media or established institutions, and they don't see feminism as a threat”, says Eva-Karin Gardell.

The third group is situated somewhere between the other groups in all questions and can be considered to hold the opinions of the ‘average Swede’.

“There are not really any specific features in this group. They fall in the middle on all variables regarding their attitudes to the different security perceptions.”

The fourth group – ‘urban multiculturalists’ - is dominated by women with university degrees living in larger cities.

“They are significantly less concerned about terrorism, immigration and feminism and score high on equality and tolerance. They also trust institutions and the media more, and they are also more active online.”

Gender and level of education

“The study shows the importance of really examining public attitudes. This is particularly relevant now, when politics is increasingly driven by feelings of threat and uncertainty to create emotional engagement. Our study also points to the need for more research on how and why feminism is perceived as a security threat and how such perceptions can be addressed”, says Eva-Karin Gardell.

“The biggest challenge is the information flow” The international staff exercise VIKING 22 has been completed with over 2,000 participants from five different countries. The main...
"Both Russia as a nation-state and Putin can be held accountable for violations of international law" International law establishes a set of universally accepted rules that govern the relations and actions of nation-states during pe...
Younger men more engaged regarding Russian information influence Men and younger people are clearly over-represented in terms of who consumes and distributes content from the Russian-supported ne...