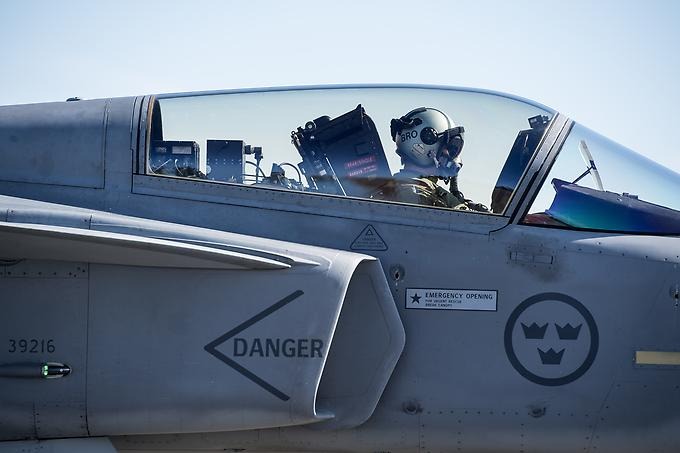 In the 90's, Swedish fighter jets were camouflaged, whereas now they are gray. What caused the change? Photo: Hampus Hagstedt/The Swedish Armed Forces.

In the 1990’s the SAAB-manufactured aircrafts were often camouflaged. Nowadays they are grey. What sparked this monochromatic transition, and how do you camouflage yourself from sensors that can detect far more than the human eye can see? Kent Andersson at the SEDU believes the answer could lie in spectral design – the science of creating materiel with specifically adapted optical features. In his doctoral thesis, he studied camouflage based on the latest innovations within material optics.

Spectral design is already applied in a variety of areas in the military, but when it comes to camouflage – or signature management as it is also called – new innovations are in high demand. Not least owing to the high rate at which sensors are developed in order to further take advantage of flaws in enemy camouflage.

Kent Andersson’s dissertation on signature management using spectral design is one of the latest contributions to an increasingly hot area of research.

The most important camouflage – the undetectable one

The use of spectral design to create better camouflage is more than a question of developing more lifelike patterns and colours. Andersson is careful to point out that signature management is not just about making oneself difficult to detect visually. He explains that the light perceived by our eyes only makes up a fraction of what modern sensors can see:

"You can make sure that a vehicle has appropriate colours, but in certain situations that does not do much good since you can still hear a vehicle approaching."

Similarly, he points out, Swedish jet fighters were generally painted using signature camouflage tones – browns, tans and greens – on top in the 80’s and 90’s, in order to remain undetected from the air when they were at their most vulnerable—on the ground. But due to a change in threat level, today’s Gripen is now gray. Instead, the in air camouflage is prioritised and the focus has shifted to making aircrafts invisible to sensors that detect light in other wavelength bands than the human eye. 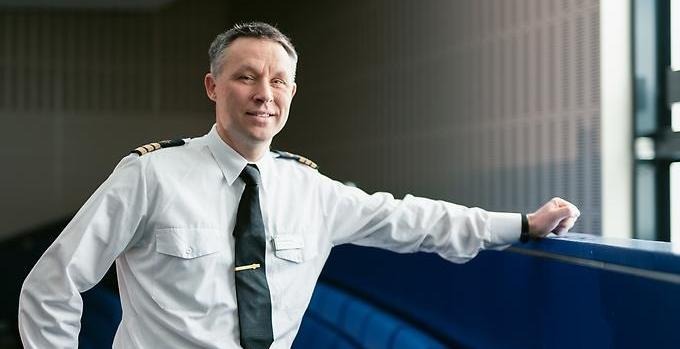 Earlier in his career, Andersson was involved in the development of a window coating that reflects heat without filtering out visible light. This invention is now common on buildings with large glass facades.

"If we utilise the knowledge gained during the past decade from the advances in material optics with the help of spectral design for signature management, we can increase the survival of our expensive platforms and their crews in a war situation in a relatively inexpensive way."

Radar not the biggest threat

The object of study in the thesis is military platforms – armoured combat land vehicles, combat aircraft and naval vessels. As these become more technologically advanced and costly, they also become targets of interest for the adversary. Therefore, increasing demands are being made on the development of their signature management.

In his research, Andersson has visualised examples of military operations where spectral design could be useful. In one such scenario, the objective is for an attack aircraft to evade detection by an air defence unit on ground. Where aircrafts were previously adapted at great cost to remain undetectable on radar, this adjustment has now been rendered largely redundant.

"The disadvantage of radar from the point of view of the air defence unit is detection – as soon as you turn on the radar, the aircraft knows where you are. For this reason we see that optical sensors, particularly long wave infrared sensors, have become better and cheaper and used on air defence systems", says Andersson. 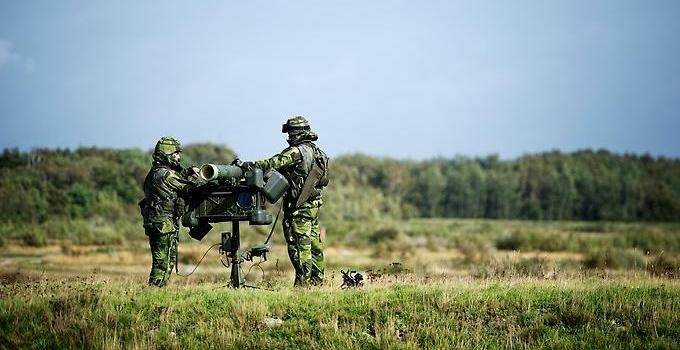 The Air Force is tasked with monitoring the airspace, preferably without being detected. Because radars clear their position, they can opt for passive optical sensors instead. Photo: Johan Lundahl/The Swedish Armed Forces

These sensors detect the aircraft long before it can be seen with the naked eye. And unlike radar, these sensors are passive: they work without having to transmit their own radiation, and therefore do not betray the air defence unit’s position.

As a countermeasure to modern sensors, Andersson suggests spectral design. In concrete terms, we are dealing with so-called low-emitting colour: colour with pigment that is specifically designed to lessen the radiation that enemy sensors can detect.

Such a solution is not only theoretically interesting but could also be applied practically without jeopardising the overall capability of the aircraft, in contrast to applying signature management to become invisible on radar, which often worsens the aircraft’s flying capabilities.

It works like a simulation protocol where you simulate one or several military assignments using a certain technology. These results are then compared with simulations of the same assignment where the technology is not used.

"The important thing is that we not only look at the technology itself, but the whole context. New technology, even if it is fantastic in and of itself, is not worth much if it is too expensive or requires competence that is not readily available within the units. Practically speaking, I hope that the framework will improve the discourse on the demands and possibilities of signature management so that it can support decision-making in the development of balanced Low Observable platform design. The key concept of military utility is already used by many students in their individual research", says Andersson.

Material optics is the science of how light interacts with matter. It explains why different materials have different colours, why black surfaces become hotter than white in sunlight and why sunglasses can be transparent from the inside while hiding the wearer’s eyes from the outside.

On the Military Utility of Spectral Design in Signature Management: a Systems Approach

Development of defence and security systems is an interdisciplinary, international Master’s programme at the intersection of social sciences and engineering. The programme has been developed in close collaboration with public authorities and companies in the defence and security sector in order to provide you with knowledge about how technical systems are integrated with people and organisations.