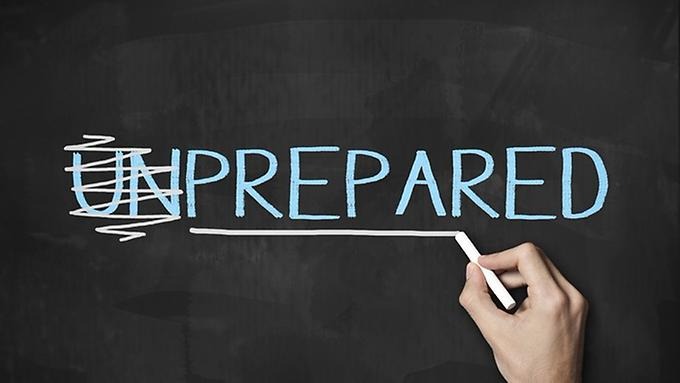 Can organisations learn in the midst of a crisis?

Organisations have been analytically conceptualised as being somewhat analogous to individuals for a long time. They have culture; they can learn; and they can behave in various odd ways. But how far can the simile be stretched? What other types of organisational cognition can we imagine? And what benefits can we gain by introducing new perspectives of this kind?

In his doctoral thesis, Mats Koraeus investigated whether organisations, tasked with knowing how to deal with the unexpected, can learn in the midst of a crisis. Frequently one is aware of lingering conflicts and that they have the potential to detonate, but ironically crises often come as a surprise like a bolt from the blue. In an attempt to understand this dilemma, Mats drew upon the research in knowledge management and crisis management.

In the first wave, Mats did not find much evidence to support the notion of in-crisis learning, and the case of the 1993 Waco siege seemed to confirm this picture. Yet after subsequent searches, Mats stumbled upon the case of the Montana Freeman standoff, which was presented to a large extent as a non-crisis despite the initial spectacular spark.

The 2004 Southeast Asian tsunami affected many Swedes and had a significant impact on the crisis management system, triggering dramatic reforms. So when the issue of the 2006 evacuation of Swedish citizens from the war in Lebanon hit, the Swedish Foreign Ministry was called upon once again to assist citizens abroad in need. In fact, the Tsunami Commission referred to the situation in Lebanon and encouraged further investigation of its handling in order to see if any improvements had been made since the tsunami. Furthermore, the fact that these two events occurred close in time to one another and called upon the same actor to manage them, provided an optimal opportunity for comparative research.

There is very little previous research on successful crisis management cases or so-called non-crises; that is, crises that were avoided by good management. Yet these two pair cases do provide some suggestion of what it would look like," says Mats Koraeus.

In exploring the case pairs, Mats was able to identify a number of common denominators for successful crisis management.

First and foremost, you need to understand the problem at hand. If you are unable to do that, then you need to know who can help you identify the knowledge you need in order to do this," says Mats.

Secondly, after you have identified your limitations and knowledge needs, you need to find a way to address those gaps by building a network, a so-called Community of Practice. Knowing who knows what and asking the right questions to the right people. Almost certainly, there is someone out there who has actually dealt with that very same exact problem.

In many ways the evacuation of Swedish citizens from the war-torn Lebanon was perceived as successful, despite the fact that it was not managed in the most optimal manner. This was due to the fact that the problem was defined in such a manner that portrayed the Swedish Ministry of Foreign Affairs as actively dealing with the situation. Even though the operational part was questionably handled, it was a political success. In the U.S. case of the Montana Freeman standoff, the FBI was able to define the exact nature of the situation and avoid a full-blown crisis by altering successfully the perceived time pressure and thus eliminating the acute need to resolve the operation problems.

A key element in creating an organisational culture conducive to the successful management of crises is the ability to ask difficult questions, to question one's own actions, to tolerate doubt, and to allow alternative voices to be heard. Mats categorises this as openness vs closed-ness. The more open an organisation is able to accept the nature of uncertainty and embrace new processes, skill sets, and networks for dealing with uncertainty, the more likely an organization will be able to facilitate learning.

Mats' dissertation shows that organisations can exhibit familiar symptoms of stress, such as closing themselves to the outside world and becoming unreceptive to external stimuli and input. They retreat to what is familiar and safe and put on blinders to hide anything that does not already fit with how they feel things should be, often in situations where they would be best served by being as open to and perceptive of these external stimuli as possible.

Using a model of organisational behaviour that connects external pressure to an internal mode of operation and to specific knowledge-seeking behaviours, Mats examined and used the two case pairs—two success stories and two catastrophic failures—to examine patterns of organisational cognition. By comparing and contrasting the failure of the FBI during the 1993 Waco siege with its subsequent success during the 1996 Montana Freemen standoff, and doing the same with the Swedish Foreign Ministry's handling of the 2004 Southeast Asian tsunami and the 2006 evacuation from the war in Lebanon, a pattern emerges where certain types of knowledge proved to be the key to staying as open-minded, responsive, and dynamic as these crises demanded. This knowledge can be used both during a crisis to resolve some of the confusion and time pressure that is endemic to such situations, as well as before a crisis to mitigate or even stave off the approaching chaos.

Mats successfully defended his dissertation "Stressing Knowledge: Organisational closed-ness and knowledge acquisition under pressure" on December 4, 2017, at the Department of Political Science, Institute for Management Research, Radboud University Nijmegen in the Netherlands.

How can you as a leader be better at dealing with tomorrow's crises?