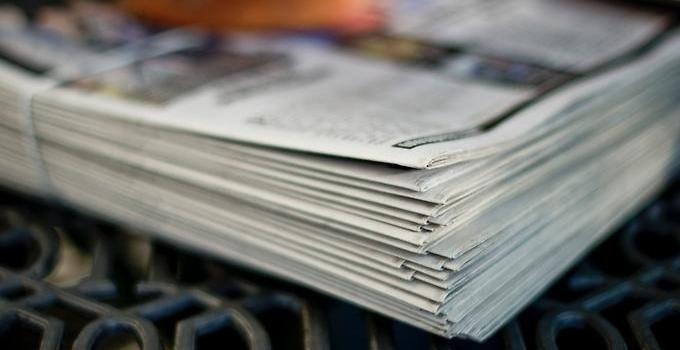 Based on a narrative analysis of approximately 330 news articles, the researchers have designed a new framework for analysing the phenomenon of "othering" that reveals interesting differences in the narratives of media reporting in the different countries. Photo: Tim Mossholder/ Unsplash

In a study published in the scientific journal Cooperation and Conflict, researchers at the Swedish Defence University analyse how Sweden was portrayed in international media during the first year of the Covid-19 pandemic.

"On the surface, it may look like there were similar, rather polarised narratives in all five countries we looked at, but a closer analysis reveals interesting differences", says Linus Hagström, Professor of Political Science.

When Covid-19 started spreading in March 2020, Sweden attracted international attention for how the country handled the pandemic. The article Logics of othering: Sweden as other in the time of Covid-19 analyses how news media in the US, Germany, Denmark, Norway and Finland formulated narratives or stories about Sweden and how it handled the Covid-19 pandemic.

At first glance, the media image was overwhelmingly negative in all five countries. In the US, the reporting was polarised and whether it was positive or negative depended to a large extent on the political profile of the newspaper.

"What was interesting in the US was that both the Democrats and the Republicans completely changed their image of Sweden during this time", says Linus Hagström.

The Democrats had previously been quite positive about Sweden in general, while the Republicans have for a long time considered Sweden to be a country with high taxes, etc.

"But during the Covid-19 pandemic, the Republicans suddenly referred to Sweden as a model of freedom, while the Democrats argued that we were experimenting on our population. This shows that Sweden itself is not very important in the US in terms of Sweden’s national identity, but rather that the country is being used as a tool in domestic political debates", says Linus Hagström.

In the German narratives, there were indications of Sweden possibly doing something that was positive, even though much of the reporting was negative.

"But the differences in the German media reporting were more related to what was actually happening in Sweden and Germany during this period. We got the impression that the newspapers were more flexible and really wanted to understand, rather than make political points. They used a more analytical approach", says Charlotte Wagnsson.

Norway, Finland and Denmark reported both positive and negative aspects, but the reporting differed from that in the US and Germany.

Based on the results of the narrative analysis, encompassing approximately 330 news articles, the researchers designed a new framework for analysing the phenomenon of "othering". The term is defined as the perception of another person or group as different and alien to oneself.

"When we refered back to the literature, it was obvious that Sweden was ’the other’ in this context. The fact that Sweden was assigned ’the other’-status is definitely connected to our Covid-19 policy, but not exclusively. In addition, there is a history of scrutinizing Sweden when political issues are discussed, so refering to Sweden as a model or deterrent is an overarching narrative that to some extent explains why our country received so much attention", says Linus Hagström.

The analysis model shows how important ’the other’ is for the country and how nuanced the narratives are.

"In the Nordic countries, Sweden is considered an important neighbour that is important for the other countries’ identities, while in countries further away, Sweden is less important. An example of this is the reporting in the US, where Sweden was used as an example to score political points", says Charlotte Wagnsson.

The US reporting falls into the ’strategic othering"’ category of the model. The German media reporting used a more objective approach to Sweden and studied how the pandemic was handled in the country. German media were also prepared to change their reporting based in changing circumstances. This approach is categorised as 'analytical othering’ in the model. In Norway, Denmark and Finland, two different types of othering can be identified - emotional and nuanced.

Source: Hagström, Linus, Charlotte Wagnsson and Magnus Lundström (2022): Logics of Othering: Sweden as other in the time of Covid-19, Cooperation and Conflict

"This shows that what on the surface may appear to be rather polarised narratives - positive and negative – are, when analyzed closer, in fact, relatively different. There are also different ways of understanding them. This is interesting not only in terms of the image of Sweden during the Covid-19 pandemic, but also for expanding our knowledge of othering as a theoretical concept", says Linus Hagström.

"The ways in which the media, commentators or state actors use the different types of othering will have different consequences. For example, engaging in emotional othering can strengthen one's own identity, but lead to conflicts with others. Strategic othering can also lead to conflicts and reinforce ideological polarisation, while analytical othering, on the other hand, can provide good insights for policy decisions", says Charlotte Wagnsson.

Linus Hagström, Charlotte Wagnsson & Magnus Lundström (2022): Logics of Othering: Sweden as other in the time of Covid-19, Cooperation and Conflict

The current paper is part of the research project Influence operations: Vulnerabilities and effects, which is funded by the Swedish Civil Contingencies Agency (MSB).

How does narrative-based influence operations work?